Robert Rodat net worth: Robert Rodat is an American film and television writer and producer who has a net worth of $25 million dollars. Born in 1953 in Keene, New Hampshire, Robert Rodat is well-known for works such as Saving Private Ryan (1998), The Comrades of Summer (1992), Tall Tale (1995), Fly Away Home (1996) and The Patriot (2000). In 2009, Rodat created the science-fiction series Falling Skies, which was produced by Steven Spielberg, a show that revolved around the human survivors of a semi-post apocalyptic world evolving from an alien invasion. Rodat moved to Los Angeles (from his native state of New Hampshire) in hopes of producing films, but found himself writing scripts during his ten-year stint of working on his MFA at USC's film school. His first screenwriting credit was for Comrades of Summer, a 1992 HBO movie about an American baseball manager (and starring Joe Mantegna). After years of writing 'spec' scripts, Rodat received his first feature film credit on a project he co-wrote with USC alum and friend Steven L. Bloom called Tall Tale: The Unbelievable Adventures of Pecos Bill, which won critical acclaim, but failed to find a large audience. His delightful script Fly Away Home (co-written with Vince McKewn) told the story of a father (portrayed by Jeff Daniels) and daughter (portrayed by Anna Paquin) who teach their adopted geese how to migrate. It was his script for Steven Spielberg's Saving Private Ryan that finally catapulted Rodat to the circle of A-list screenwriters. 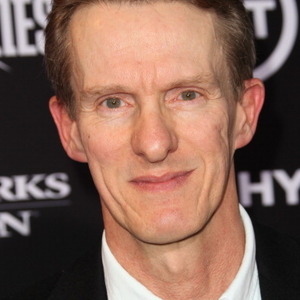