Robert Ellis Silberstein net worth: Robert Ellis Silberstein is an American music executive and businessman who has a net worth of $50 million. Robert Ellis Silberstein was born in Elberon, New Jersey in January 1946. He has managed several famous musicians including Diana Ross, Billy Preston, Meat Loaf, Rufus, and Status Quo. Robert Ellis Silberstein is also known as Bob Ellis and was born into a wealthy Jewish family in the garment manufacturing business. He graduated from West Virginia University. From 1971 to 1977 he was married to Diana Ross and the couple had two biological children including actress Tracee Ellis Ross. Robert also raised her eldest child, Rhonda Ross Kendrick, who is the biological daughter of Motown founder Berry Gordy. Robert raised Rhonda as his own for many years and she referred to Berry as "Uncle B.B.". She learned the truth about her father when she was 13. Upon their divorce, Diana moved to New York City and Los Angeles while Robert stayed primarily in Connecticut. Their relationship actually improved after their divorce, with Robert eventually saying that he and Diana had become more like brother and sister by the early 1980s. Robert and Tracee are very close to this day. She posts photos of them together on social media very frequently.

Artists Robert Ellis Silberstein managed during his career include Chaka Khan and Ronnie Wood of the Rolling Stones. He has had residences in Los Angeles, California, New York City, New York, and in the state of Connecticut. He graduated and returned to teach at West Virginia University. 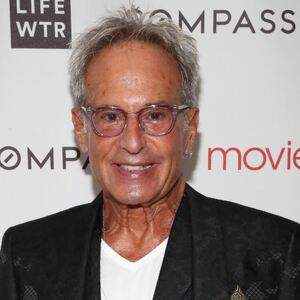