Rob Sitch net worth: Rob Sitch is an Australian director, producer, screenwriter, actor, and comedian who has a net worth of $16 million. Rob Sitch was born in Melbourne, Victoria, Australia in March 1962. He wrote and directed the films The Castle in 1999 and The Dish in 2000. Sitch wrote, directed, produced, and starred in the movie Any Questions for Ben?

in 2012 and also starred in the film Kath & Kimderella the same year. He produced, wrote, and appeared in the TV series The D-Generation and The D-Generation: Goes Commercial. Rob Sitch directed, produced, wrote, and appeared on the TV series Pacific Heat, Utopia, The Hollowmen, Thank God You're Here, Funky Squad, Frontline, and The Late Show. He has won several awards including from the Australian Academy of Cinema and Television Arts, the Australian Film Institute, the Australian Movie Convention, and the Film Critics Circle of Australia Awards. He is married to Jane Kennedy. 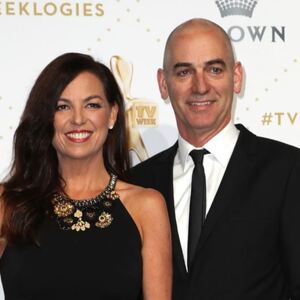