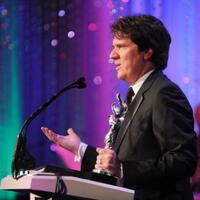 Rob caught another great break when he was appointed to direct the TV movie musical "Annie" in 1999. The result was a truly great movie that received great reviews and very popular with audiences. As with his theater break, this also opened many doors for him as he was then hired to work on many new movies. Later he directed "Chicago", "Memoirs of a Geisha", "Nine" and "Pirates of the Caribbean: On Strange Tide". Currently he is working on his new movie "Into the Woods". His best rated movie so far is "Chicago". The movie won the Oscar for best picture in 2002.

For his work he has received many nominations and awards. For his work as a choreographer in theater he was six times nominated for the Tony award. He also received one Academy Award nominee and one Golden Globe nominee. As winning goes he has a collection of four Emmy awards in his closet. Currently he resides in NYC with his partner John Deluca.