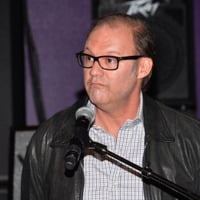 Rob Cavallo net worth: Rob Cavallo is an American music producer, musician and music executive who has a net worth of $20 million dollars. Rob Cavallo was born in Washington, D.C., and grew up in Los Angeles, California. He went on to graduate from the University of Southern California with a degree in English. A musician for most of his life, he began his professional career working at The Complex Recording Studios. From there, he shifted to working as an A&R Representative for Warner Bros. Records. He quickly made a name for himself, signing such acts as Black Sabbath, the Goo Goo Dolls, and Green Day. In 1998, he became Senior Vice-President of A&R for Hollywood Records, but subsequently returned to Warner Bros. Records. He became CEO of Warner Bros. Records in 2010. As a producer, he has produced hit albums and tracks for Green Day, Goo Goo Dolls, My Chemical Romance, Phil Collins, Eric Clapton, and Alanis Morrisette, among many other artists.