Ricky Reed net worth: Ricky Reed is an American artist, music producer, songwriter, and entrepreneur who has a net worth of $12 million. As an artist he is best known for being part of the acts Facing New York and Wallpaper. He is best-known, and most-successful, behind the scenes producing for singers like Lizzo, Halsey and Jason Derulo.

Ricky Reed was born Eric Burton Frederic in July 1982. In 2004 he founded the electronic music act Wallpaper. Wallpaper released their debut studio album "Doodoo Face" in 2009. They released an album titled "Ricky Reed Is Real" in 2013. That album reached #10 on the US Heatseekers chart.

Reed is also the founder of Nice Life Recording Company.

The majority of Ricky's wealth and success came thanks to his work as a producer. He has produced singles for artists including CeeLo Green, Far East Moment, Jason Derulo, Pitbull, Twenty One Pilots, Meghan Trainer, among many others. He has produced many singles and several albums for Lizzo. For Lizzo he co-produced or produced some of her biggest hits, including "Juice", "Good as Hell" and "Truth Hurts". He was nominated for Grammy Awards in 2017 and 2020 for Producer of the Year, Non-Classical and in 2020 for Record of the Year and Album of the Year.

Real Estate: In December 2020 Ricky and Laura paid $4 million for a home in the Los Angeles suburb of La Canada Flintridge. 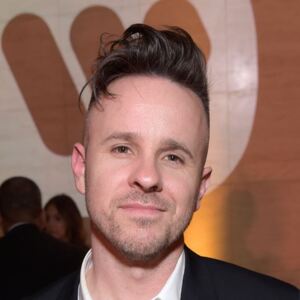