What is Rick Rubin's Net Worth?

Rick Rubin is an American record producer who has a net worth of $300 million. That net worth includes a conservative estimated valuation of Rick's production catalog rights. Rick Rubin is best known for helping popularize hip-hop in the 1980s through his record company Def Jam Recordings which he operated alongside Russell Simmons. Rick and Def Jam produced now-classic albums from early rap groups and artists such as the Beastie Boys, Public Enemy, Run-DMC and LL Cool J. After Def Jam, Rick founded American Recordings, where he would go on to work with Johnny Cash, Tom Petty and Nine Inch Nails, among others. Rick was the co-president of Columbia Records from 2007 to 2012. During his career Rick has produced albums for hundreds of artists and bands, perhaps most notably Linkin Park, the Dixie Chicks, Metallica, Red Hot Chili Peppers and Neil Diamond. He is considered one of the best record producers in music history. With the Red Hot Chili Peppers alone he is responsible for more than 80 million albums sold. As of this writing he has won 9 Grammys out of 18 nominations.

Frederick Jay Rubin was born in Long Beach, New York, on March 10, 1963. He was raised in Lido Beach, New York, by parents Michael and Linda. While he was a student at Long Beach High School, he started playing in a band with some friends, and eventually a teacher helped him start the punk band The Pricks.

Using his school's four-track recorder, Rubin founded Def Jam Records his senior year. He also formed the punk band Hose, and one of the band's tracks became Def Jam's first release in 1982. Hose was active in the New York City punk scene, and even toured around the Midwest and California. They played with hardcore bands such as Meat Puppets, Hüsker Dü, Circle Jerks, Butthole Surfers and Minor Threat. Rubin began becoming more interested in the hip-hop scene in New York City, and the band broke up in 1984.

Rubin befriended DJ Jazzy Jay from Zulu Nation, and started learning about hip-hop production. Together, they produced the song "It's Yours" for T La Rock, released through Def Jam. Jazzy Jay introduced Rubin to Russell Simmons, the concert promoter/artist manager, and they released JJ Cool J's "I Need a Beat" together. 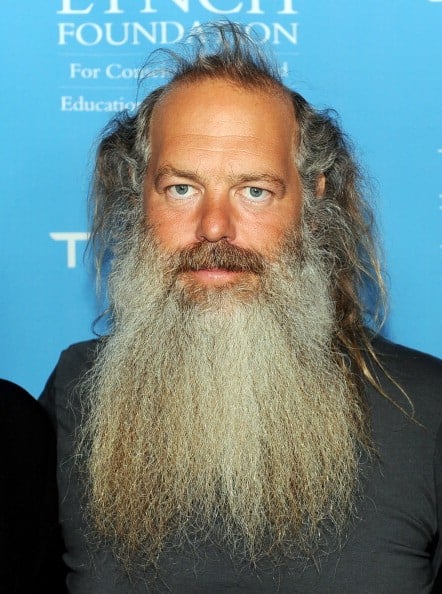 The official incarnation of Def Jam Records was formed while Rubin attended New York University in 1984, with Rubin and Simmons both on board with the label. Rubin ventured beyond The Bronx, Brooklyn, and Harlem, to scout and find rappers in locations and places like Queens, Staten Island and Long Island. This search resulted in Rubin signing the hip-hop group Public Enemy. Other acts associated with Rubin include the Beastie Boys; he helped steer them away from their original punk sound and into rap. Rubin also successfully produced for Run-DMC. The sound characterizing his production work from this period is a fusion of rap and heavy rock. This is perhaps best reflected in the 1986 collaboration between Run-DMC and Aerosmith, "Walk This Way." That record not only helped introduce the rap hard rock genre to new listeners and a broader audience, but is credited with having helped revive Aerosmith's career.

Rubin switched easily between rap and rock music, and his first metal band partnership was with the band Slayer, producing their album "Reign in Blood" (1986). Other notable projects he worked on from this period include "Electric" (1987), the Cult's third album, produced by Rubin; and "Tougher Than Leather" (1988), a Run-DMC film directed and co-written by Rubin.

Rubin and Simmons split in 1988 after Rubin fell out with Def Jam's president at the time, Lyor Cohen. While Simmons stayed in New York with Def Jam, Rubin moved to Los Angeles, where he started Def American Records. He continued to work with rap acts like Public Enemy, LL Cool J and Run DMC, but his worked from this period mainly focused on the genres of rock and metal. He signed the rock acts Danzig, Masters of Reality, The Four Horsemen, Wolfsbane and The Jesus and Mary Chain. After finding out that the word "def" had been accepted into the dictionary, he held a funeral for the word, mourning its passing into the mainstream. He then renamed his new label from Def American Recordings, to now just American Recordings. American Recordings' first project was Jonny Cash's album "American Recordings" (1994), and Cash's next five albums were all released by the label as well. Cash's 2003 album "The Man Comes Around" even won a 2003 Grammy for Best Male Country Vocal Performance, with a nomination for Best Country Collaboration with Vocals. 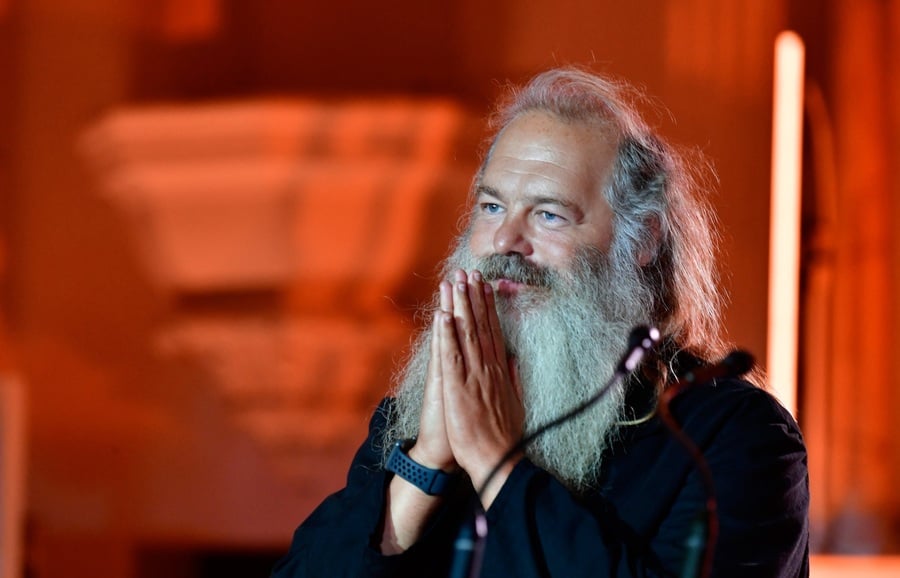 Rubin was named the co-head of Columbia Records in May 2007. While at Columbia, he won the Grammy Award for Producer of the Year, Non-Classical twice; once in 2007 for his work with artists like the Dixie Chicks, Michael Kranz, Red Hot Chili Peppers, U2, Green Day and Johnny Cash during the year 2006; and once in 2009 for his work with Metallica, Neil Diamond, Ours, Jakob Dylan and Weezer during the year 2008. Rubin also won the Grammy for Album of the Year in 2012 for his role as producer on Adele's album "21" (2011).

He left Columbia in 2012, and revived his label American Recordings as an imprint through Republic Records. The first albums he released off the new imprint was ZZ Top's "La Future" (2012) and the Avett Brothers' "The Carpenter" (2012).

Rubin famously owns a number of notable properties in Los Angeles. In 1992 Rick paid $2 million for a gated 9,300 square-foot mansion above the Sunset Strip in West Hollywood. Not long after he paid $785,000 for a 4-bedroom supposedly haunted home in LA's Laurel Canyon area that is known as "The Mansion". The Red Hot Chili Peppers lived at this mansion while recording their hit album "Blood Sugar Sex Magik". After that experience, Rubin converted essentially into a full-time recording space which has been used by Audioslave, Maroon 5, Linkin Park, Slipknot, The Mars Volta and more.

Out in Malibu, Rick owns several properties, two of which tragically burned to the ground during the November 2018 Woolsey Fire.

In October 2019 Rick started fresh in Malibu with the purchase of an $8.1 million ocean-view home.

Rick rented a Malibu home for over a decade starting in the late 1990s. He made his first acquisition in 2011 when he bought a one-acre estate not far from his rental in 2005. In 2011 he acquired a legendary property called Shangri La for $2 million.

Shangri La has long been more of a music studio than an abode. In the 1950s the property was allegedly used as an upscale bordello. In the 1960s the home was used as a film episodes of "Mr. Ed" and the actor/horse actually lived in the property's stable. In the 1970s, a music producer purchased Shangri La and converted it into a full-time music studio. Over the next decade+ it was used by artists including Bonnie Raitt, Ringo Starr, Bob Dylan and Eric Clapton. Artists would typically rent the property for weeks or even months at a time, living there while making music. Shangri La became famous after being featured in the 1978 Martin Scorsese film "The Last Waltz", about the music group, the Band.

After Rubin became owner, he has proceeded on a never-ending renovation/upgrade quest. He kept Bob Dylan's former tour bus, converting it into a chill space. He reportedly sends new design ideas to his architects monthly. His team continually re-paints the studio and production space white so it always appears perfectly clean and fresh. Many modern musicians have recorded here, notably Kanye West.