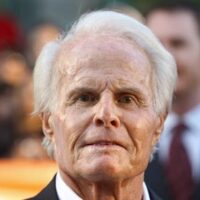 Richard Zanuck net worth: Richard Zanuck was an American film producer who had a net worth of $80 million dollars. Born in Los Angeles, California, Richard Zanuck began working in the film industry while in college at Stanford University. He worked for 20th Century Fox in the story department, and then produced his first film in 1959. He rose to become President of 20th Century Fox, but his track record with the company proved to be spotty. Darryl F. Zanuck, his father and the former head of 20th Century Fox, fired him. He then went on to become Vice President of Warner Bros., and launched his own company, The Zanuck/Brown Company, a subsidiary of Universal Pictures. Launching his own company proved to be a wise choice, and he went on to produce such hit projects as, "Jaws", "Cocoon", "Driving Miss Daisy", for which he won an Oscar for Best Picture, "Planet of the Apes", "Charlie and the Chocolate Factory", and "Dark Shadows", among many other projects. He passed away in July 2012 and is the grandfather of producer Dean Zanuck.