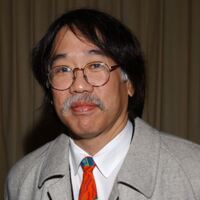 Richard Sakai net worth: Richard Sakai is an American film and television producer who has a net worth of $60 million dollars. Richard Sakai was born in San Francisco, California in January 1954. He is one of the original producers of the TV series The Simpsons which began in 1989. Sakai was a producer for the series Taxi from 1979 to 1983 and the television series The Tracey Ullman Show from 1987 to 1990. He produced the TV series Phenom from 1993 to 1994 and the series The Critic from 1994 to 1995. Richard Sakai has also produced the movies Bottle Rocket, Jerry Maguire, As Good as It Gets, Riding in Cars with Boys, Spanglish, The Simpsons Movie, How Do You Know, and The Edge of Seventeen. Sakai also directed episodes of the TV series Taxi, Who's the Boss, and Newhart. He has won more than 10 Primetime Emmy Awards for The Simpsons and was nominated for an Academy Award in 1997 for Best Picture for Jerry Maguire.

Real Estate: Richard owns a valuable real estate portfolio concentrated primarily in Los Angeles. He owns several commercial lots in downtown Los Angeles, two side-by-side homes in Beverly Hills (purchased for $1.6 million and $2.2 million in 1998 and 2012) and large home in Malibu that he listed for sale in 2019 for $4.25 million

In October 2020 Richard listed the Beverly Hills compound which is technically two parcels. He listed the main 3-acre parcel for $6 million and the second parcel for around $2.4 million.