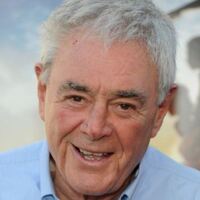 What was Richard Donner's Net Worth?

Richard Donner was an American director and producer who had a net worth of $200 million at the time of his death. That was a combined net worth with his wife wife since 1986, fellow mega-producer Lauren Shuler Donner. Richard died on July 5, 2021 at the age of 91. Richard Donner directed some of the most commercially successful movies of the New Hollywood era, including "The Omen" and "Superman." In the 80s, he directed such hits as "The Goonies," "Scrooged," and "Lethal Weapon." Additionally, alongside his wife, Donner owned a production company responsible for producing such films as "Free Willy" and "X-Men."

Donner's career began in the world of television, directing episodes of various westerns. He also directed one of the most famous episodes of The Twilight Zone ever produced, "Nightmare at 20,000 Feet," starring an increasingly-sweatier William Shatner.

Richard Donner was born as Richard Donald Schwartzberg on April 24, 1930 in the Bronx borough of New York City. His parents, Fred and Hattie, were Russian Jews, and he had a sister named Joan. Following his graduation from high school, Donner joined the United States Navy as an aerial photographer. He subsequently enrolled at New York University, but ended up dropping out to pursue an acting career in Los Angeles.

Aspiring to be an actor, Donner landed a small part in a television program directed by Martin Ritt; however, Ritt encouraged him to pursue a directing career instead, and hired him as his assistant. In the early 60s, Donner directed his first episodes of television for the Steve McQueen Western series "Wanted Dead or Alive." He went on to direct episodes of numerous other series throughout the decade, including but not limited to: "The Tall Man," "Wagon Train," "The Detectives," "The Rifleman," "The Eleventh Hour," "The Lieutenant," "The Twilight Zone," "The Man from U.N.C.L.E.," "Gilligan's Island," "Perry Mason," "The Fugitive," and "The Wild Wild West."

Donner made his debut as a film director in 1961 with the aviation drama "X-15," starring Mary Tyler Moore, David McLean, and Charles Bronson. His next feature, released in 1968, was the comedy "Salt and Pepper," with Sammy Davis Jr. and Peter Lawford. The same year, Donner directed episodes of the television variety show "The Banana Splits Adventure Hour." He continued to work prolifically in television throughout the first half of the 70s, directing episodes of "The Interns," "Sarge," "Bearcats!," "Cade's County," "Cannon," "The Sixth Sense," "Banyon," "Ironside," "Kojak," "The Streets of San Francisco," "Petrocelli," and "Bronk," among other shows.

In 1976, Donner had his breakthrough with the supernatural horror film "The Omen." Starring Gregory Peck, Lee Remick, and David Warner, it was one of the highest-grossing films of the year. Two years later, Donner had an even bigger hit: "Superman," starring Christopher Reeve as the titular Man of Steel. A global sensation, the film was the second highest-grossing film of its year. Moreover, it launched Reeve to international stardom, reinvigorated the fantasy genre, and created an influential template for many superhero films to follow. 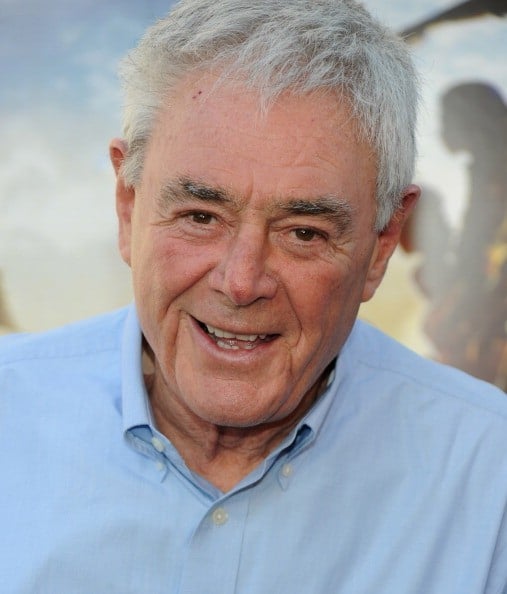 After the huge success of "Superman," Donner directed the 1980 flop "Inside Moves." He had another miss two years later with the comedy "The Toy," starring Richard Pryor, Ned Beatty, Jackie Gleason, and Scott Schwartz. Greater success came in 1985, which saw the release of two Donner-directed films: the kids' adventure comedy "The Goonies" and the medieval fantasy "Ladyhawke." Both of the films eventually went on to become cult favorites with audiences. In 1987, Donner had his next blockbuster smash with the buddy cop action film "Lethal Weapon," starring Danny Glover and Mel Gibson as mismatched LAPD detectives. Three sequels followed in 1989, 1992, and 1998, all directed by Donner.

The year after the first "Lethal Weapon," Donner had another hit with the Christmas fantasy comedy "Scrooged," based on Charles Dickens' "A Christmas Carol" and starring Bill Murray. Later, in the 90s, Donner directed the fantasy drama "Radio Flyer," the Western comedy "Maverick," the action thriller "Assassins," and the political action thriller "Conspiracy Theory." His final two theatrical releases were the 2003 science-fiction adventure film "Timeline" and the 2006 action film "16 Blocks." Donner also released "Superman II: The Richard Donner Cut" in 2006.


In 1986, Donner and his wife Lauren founded their own production company, called Shuler-Donner Productions; it was later renamed the Donners' Company. Through the company, Donner produced such films as "The Lost Boys," "Delirious," "Free Willy" and its sequels, "Any Given Sunday," and the first "X-Men" film.

Beyond film and television, Donner contributed to the world of comics. In 2006, along with Geoff Johns and Adam Kubert, he was part of the new creative team on Action Comics. He and Johns collaborated on the stories "Last Son" and "Escape from Bizarro World," and also wrote a story for Action Comics #1000 in 2018.

Donner wed film producer Lauren Shuler in 1985; they remained together until Donner's passing. In July of 2021, Donner passed away at his home in West Hollywood at the age of 91.

The Donners previously owned a custom-built mansion in Maui that sat on 160 feet of ocean frontage. They listed the home for sale in November 2015 for $22 million, ultimately accepting $16.5 million a year later.

They own two homes in Los Angeles. The first is a relatively-modest home in Beverly Hills. The second a more impressive property in the Hills above the Sunset Strip that sits on 1.2-acres. They also own the 1.25-acre property next-door. The home on the first parcel is 9,000 square-feet.