Rene Angelil net worth: Rene Angelil was a Canadian manager, director, and former singer who had a net worth of $400 million at the time of his death. Angélil is probably best known for being the late husband of the massively successful singer Celine Dion. In addition to being her husband, Rene also served as Celine's manager and producer.

After experiencing a number of health issues as a middle-aged man, he ultimately passed away from cancer at the age of 74 on January 14, 2016. After Angélil's death, Dion became the sole owner and president of the various management and production companies that the couple had operated together, including CDA Productions and Les Productions Feeling.

Early Life: René Angélil was born on January 16th of 1942 in Montréal, Quebec, Canada. He was raised by parents of Middle Eastern origin, as his father was Syrian and his mother was Lebanese. However, both of his parents had been born in Canada from Middle Eastern parents, making him a third-generation Canadian. René grew up alongside one younger brother and attended the Melkite Greek Catholic Church as a small boy. After graduating from high school, Angélil attended Collège André-Grasset in Montreal.

Career: Before getting involved in the world of music management and production, Angélil actually pursued a fairly successful career as a musician in Montreal. He began as a pop singer in Montreal during the early 60s, and he was part of the pop-rock group Les Baronets. René started the band with a few childhood friends, and they actually released a number of hits during the 60s. These were mostly French translations of pop hits by bands like the Beatles. The band lasted until 1972, and after their disbandment, Angélil embarked on a career as a manager alongside his best friend Guy Cloutier.

The two friends initially started managing artists like René Simard and Ginette Reno, who were some of the most successful entertainers in Quebec at the time. They then increased their roster to include a wide range of additional artists. By the early 80s, Cloutier and Angélil had decided to go their separate ways, having both been fired by Ginette.

Although René was considering going to law school and quitting the music business altogether, he came across Céline Dion's demo tape by chance. He had been sent the tape because Dion was looking for a producer. He then immediately became her agent and helped her throughout the rest of her as her manager. In order to finance her first album, Angélil mortgaged his first house. This was during the early 80s. He continued to act as her manager until 2014, when René was forced to step down due to health problems.

Other Business Ventures: Outside of his role as Céline Dion's manager, Angélil also found time to engage in a number of additional business ventures. In 2012, it was reported that he had become a co-owner of Schwartz's Deli, one of the most famous delis in all of Montréal. 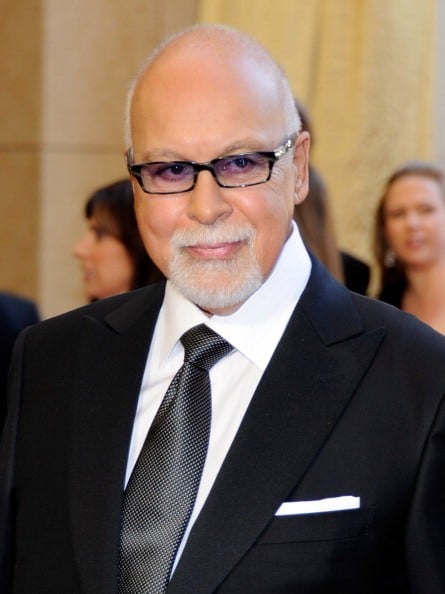 Relationships: Angélil's first wife was Denyse Duquette, whom he married in 1966. Over the course of their relationship, they had one son before divorcing in 1972. René's second wife was Anne Renée, whom he married in 1974. Renée was a famous Canadian pop singer at the time of this marriage. During this second marriage, Renée and Angélil welcomed two children into the world before divorcing in 1986.

René actually first met Céline Dion when she was just 12 years old, as this was her age when she sent Angélil her demo tape. He spent the next few years working closely with Dion and her mother, watching her grow into a teen and then a woman. By the time Céline was 20 years old, the pair began a romantic relationship. They were eventually married in 1994, and the event was broadcast live on Canadian television.

When Angélil was diagnosed with cancer in the late 90s, the couple decided to conceive via in-vitro fertilization. This was due to the fact that René was receiving radiation treatment, and there were questions about his long-term fertility. They welcomed their first child into the world in 2001. Despite Dion suffering a miscarriage in 2009, she succeeded in giving birth to twins one year later in 2010.

Health Issues: Angélil was suffering from considerable health issues at the age of 49, having suffered a heart attack. Eight years later in 1999, he was diagnosed with throat cancer, but he was able to recover after treatment. In 2009, he received treatment to deal with arterial blockage. In 2013, he received surgery for throat cancer. This latest issue proved to be very serious. In 2014, he stepped down as Dion's manager in order to focus on his health. By 2015, the cancer had become terminal, with Dion announcing that her husband only had a few months to live. In January of 2016, René passed away two days before his 74th birthday.

Real Estate: In 2010, René and Celine built a home in Palm Beach County, Florida. The property was originally purchased in 2008 for $7 million, although they built an entirely new mansion on the five acres of land shortly after the deal was completed. The oceanfront home features its own water park, 20,000 square feet of living space, 13 bedrooms, a guest house, a golf simulator, a treehouse, and much more. The mansion also lies in the affluent Jupiter Island area and boasts more than 400 feet of ocean frontage. 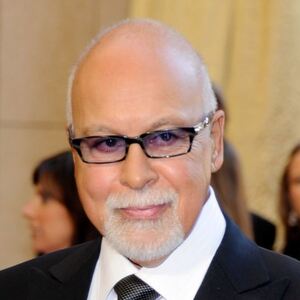