A. R. Rahman Net Worth

in Richest Business › Producers
A. R. Rahman Net Worth:
$280 Million
💰 Compare A. R. Rahman's Net Worth

A. R. Rahman Net Worth: A.R. Rahman is an Indian composer and musician who has a net worth of $280 million dollars. Allah-Rakha Rahman was born R.S. Dileep Kumar in Madras, Tamil Nadu, India, in 1967 and is one of the world's best known composers. His father worked in the music industry as a conductor and composer, and Rahman began playing musical instruments at a young age.

He appeared in his first orchestra when he was eleven years old. Rahman developed his own recording studio in 1992 and eventually turned it into the premier studio in all of India. That same year, he put together the score and soundtrack for the movie "Roja" and earned a Silver Lotus Award for best music director. He went on to score "Bombay", "Indira", "Mr. Romeo", "Love Birds", "The Legends of Bhagat Singh", "Slumdog Millionaire" and "127 Hours". The "Bombay" soundtrack has since sold more than 12 million records around the world. Overall, he has won an unprecedented four Silver Lotus awards during his career, with his most recent coming in 2003 for "Kannathil Muthamittal". Rahman is also the winner of two Oscars, winning Best Original Music Score in 2009 for "Slumdog Millionaire" and Best Original Song for "Jai Ho" from "Slumdog Millionaire". That soundtrack earned him two Grammy Awards and he took home a Golden Globe for Best Original Score for "127 Hours" starring James Franco. Rahman is an active humanitarian who publicly supports a variety of organizations, including Stop TB Partnership and Save the Children India. He and his wife, Saira Banu, have three children together. 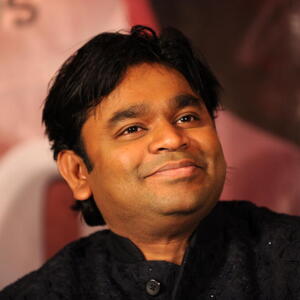