What is Quincy Jones's Net Worth?

Quincy Jones is an American musical conductor, record producer, trumpeter, musical arranger, and television producer who has a net worth of $500 million. Quincy Jones has been an integral part of the music industry over the course of a career that has spanned more than six decades. Although Jones is an accomplished musician in his own right, some of his most notable work was in songwriting and producing. Quincy Jones has worked with some of the most impressive musicians of our time, and he has won countless awards for his tireless work in the music industry. His production work with Michael Jackson alone resulted in more than 130 million records sold. Every time a Quincy Jones-produced Michael Jackson album or song is sold or played commercially, Quincy earns a royalty.

Quincy Delight Jones Jr. was born on March 14th of 1933. His family participated in the "Great Migration," and they relocated to Chicago when Quincy and his brother were still young. Quincy's early experiences with music were through religious songs. He also had the chance to play piano since his next-door neighbor owned one and let him practice. While Quincy was still quite young, his mother suffered a schizophrenic breakdown and was admitted to a mental hospital. His father divorced her and married again, and his new wife already had three children of her own. Later, Quincy's father and his stepmother would have three more children.

When World War 2 broke out, the family moved to Washington where his father got job at a naval shipyard. After the war ended, the family relocated to Seattle where Quincy Jones attended high school. During his time in high school, he obtained a musical education, learned how to compose, and became a talented trumpet player. He soon made connections with other major jazz musicians in Seattle and introduced himself to Ray Charles as a 14-year-old.

In 1951, Quincy Jones enrolled in Seattle University with a scholarship. One of his classmates was a young Clint Eastwood. Jones spent just one semester there before transferring to Berklee College of Music in Boston. Although he continued to study while playing jazz at night at local bars, it eventually became clear to Jones that he needed to begin his professional music career.

Quincy Jones moved to New York after leaving college. His talents as an arranger were soon recognized, although he was still booking gigs as a trumpet player. One of his earliest jobs was playing in a band that supported Elvis Presley's first televised appearances in 1956. After touring around the world, he started living in Paris. Eventually, he started acting as music director for Barclay, a French record company.

In 1961, Quincy Jones became vice-president of Mercury, the parent company of Barclay and a major record label in the United States. He also started composing music for motion pictures during this time, starting with The Pawnbroker. His talents for composing movie scores soon became well known, and he enjoyed a career as an extremely sought-after composer for Hollywood producers. Films such as The Italian Job, The Getaway, The Deadly Affair, and many others all feature scores composed by Quincy Jones. He also displayed a knack for writing theme songs for various TV shows such as The Bill Cosby Show, Roots, Mad TV, and many others. 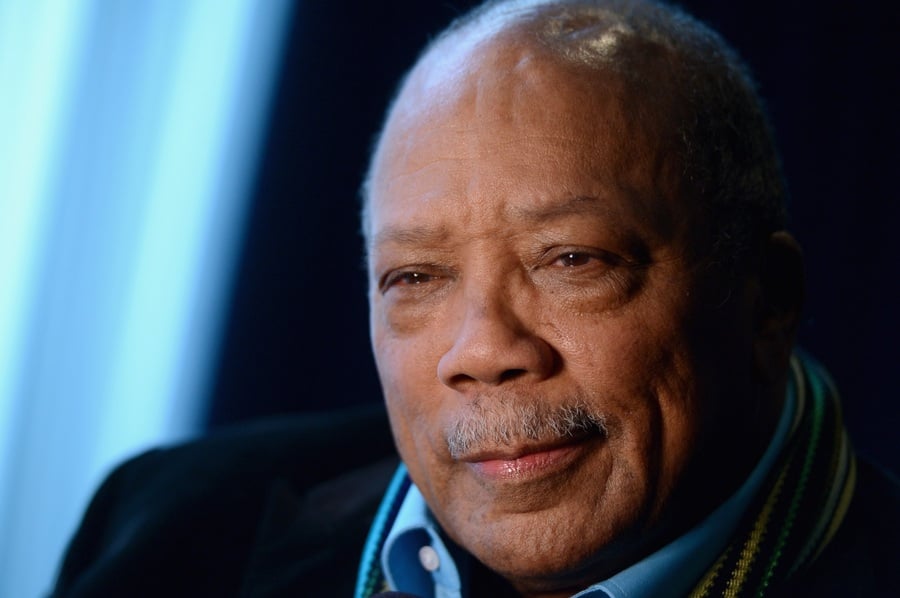 One of Quincy Jones' most well-known projects was Michael Jackson's 1982 album, Thriller. Jones had previously worked with Michael Jackson for the album Off the Wall, which he produced in 1979. Off the Wall sold 20 million copies, making Quincy Jones the most successful record producer at that time. However, Thriller would prove to be even more successful, going on to sell more than 60 million copies. Jones and Jackson built on this success once again with Jackson's 1987 album, Bad. This time, the album sold 45 million copies.

Eventually, Quincy Jones also became a film producer, starting with the film The Color Purple. In 1990, his production company merged with Time Warner to create a new production company. This production company would later go on to produce shows like The Fresh Prince of Bel-Air, The Jenny Jones Show, and Madtv. In 2001, Quincy Jones released an autobiography entitled Q: The Autobiography of Quincy Jones. In 2007, he also started his own podcast. He also appeared in a number of guest appearances on television series like The Boondocks, Saturday Night Live. Additionally, he has had cameo roles in films like Fantasia 2000 and Austin Powers in Goldmember.

In 1974, Quincy Jones suffered a serious brain aneurysm. This caused him to decrease his workload and focus more on his family. He also started using heroin at age 15, although he quit relatively quickly after falling down a flight of stairs while inebriated. After getting into a car accident at age 14, Quincy Jones has vowed never to learn how to drive. 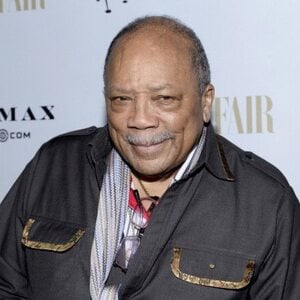