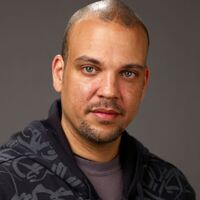 Quincy Jones III: Quincy Jones III is a Swedish-American music producer, film producer, and author who has a net worth of $20 million. Quincy Jones III was born in London, England in December 1968. His father is musician and music producer Quincy Jones. He is the founder of QD3 Entertainment. Jones released the album Soundlab in 1991. His company produced the television series Beef: The Series in 2006. Jones worked as a composer for the TV series Out All Night from 1992 to 1993, The Fresh Prince of Bel-Air from 1990 to 1996, and In the House from 1995 to 1998. He was nominated for a Primetime Emmy Award in 1999 for Outstanding Main Title Theme Music for The PJs and for a News & Documentary Emmy Award in 2010 for Best Documentary for Independent Lens and Made in America. Jones authored the book Q, The Autobiography of Quincy Jones and also produced the documentary The Carter about Lil Wayne. Jones founded the service WeMash in 2014.