Philip Lawrence net worth: Philip Lawrence is an American songwriter, record producer, voice actor, and entrepreneur who has a net worth of $50 million. He is best known for working with Bruno Mars and the writing team The Smeezingtons. Lawrence's co-writing/producing credits with Bruno Mars include "Billionaire", "Locked Out of Heaven", "24k Magic" and "Upton Funk". He also wrote/produced "Right Round" by Flo Rida and "Fuck You" by CeeLo Green.

Philip Lawrence was born in Evansville, Indiana in July 1980. He is a member of the songwriting and production team The Smeezingtons. Lawrence released the album Letters I Never Sent in 2013. He has won multiple Grammy Awards including for the Bruno Mars album 24K Magic which won Grammy Awards for Album of the Year, Record of the Year, Song of the Year, Best R&B Song, Best R&B Album, and Best R&B Performance. Philip Lawrence co-wrote and co-produced many of the songs on the album and tours with Mars as backing vocalist with The Hooligans. He was nominated for Producer of the Year at the Grammy Awards in 2010 and worked on the Bruno Mars album Unorthodox Jukebox and participated in two Super Bowl halftime shows. He provided voice work for the movie Rio 2. Lawrence purchased Record Plan record studio in 2016.

In November 2019 Philip upgraded significantly with a $10.5 million acquisition of an incredible mansion in Encino, California. The seller was MLB player Jimmy Rollins. 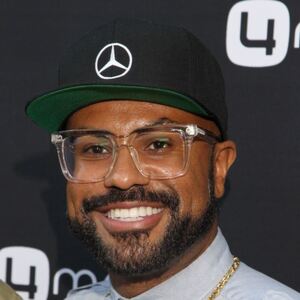