What was Phil Spector's Net Worth?

Phil Spector was an American record producer and songwriter who had a net worth of $50 million at the time of his death. His net worth could actually be much higher, depending on the status of his ownership status of what would presumably be one of the most valuable song royalty catalogs in the world. Certainly the most valuable ever collected by a producer, as opposed to an artist/songwriter.

Between 1960 and 1965, twenty four Spector-produced albums hit the Top 40. Spector produced the songs "Unchained Melody" and "You've Lost That Loving Feeling", for the Righteous Brothers. Both tracks would eventually be among the most valuable songs of all time due to their use in movies and cover versions. BMI reported that "You've Lost That Loving Feeling" is the most-played song of the 20th century. Those two songs alone have generated more than $100 million in royalties to date for Spector, the songwriters and the artists. Phil produced The Beatles album "Let It Be" and John Lennon's most notable solo work including "Imagine" and "Instant Karma".

Although Spector was once known as a revolutionary producer who developed the "Wall of Sound" music production formula, his reputation was ruined when he was convicted for the 2003 murder of actress Lana Clarkson. He ultimately died in prison where he was serving a life sentence. He had been in prison since 2009 and would have been eligible for parole in 2025. Despite his downfall, Spector is still considered one of the most revolutionary and influential figures in modern music history, especially in regard to pop music.

After beginning his career as a vocalist, Spector retired as a musician in 1966. Three years later, he returned as a producer and worked with some of the biggest groups of that era, including the Beatles. He later worked with Leonard Cohen, the Ramones, and many others. Without Spector's initiatives and ideas, the art-rock genre probably would have never been created. He also helped integrate modern pop music with studio production elements, effectively making the recording process into another instrument within a band. In 1989, Phil Spector was inducted into the Rock and Roll Hall of Fame. Almost a decade later, he was inducted into the Songwriters Hall of Fame. Phil Spector is considered one of the greatest producers in music history. 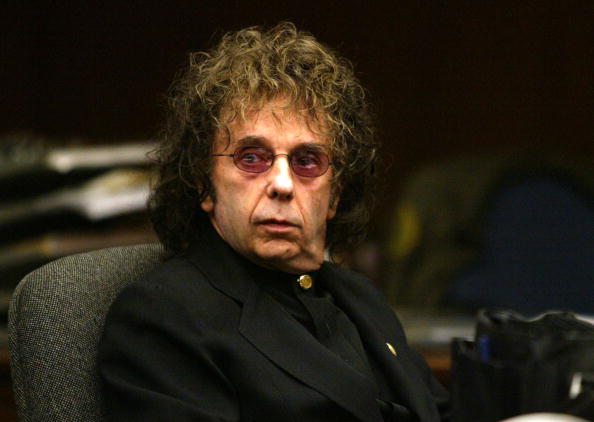 Harvey Phillip Spector was born on December 26th of 1939 in The Bronx, New York. Phil was raised in a Jewish household by parents who some believe were first cousins. He experienced a tragedy in the family at the age of six when his father committed suicide, leaving his mother to support the family by working as a seamstress. During high school, Phil learned how to play the guitar and performed at local talent shows. He also formed his first band during this period – The Teddy Bears.

The Teddy Bears became quite successful, and they recorded a number of successful singles. During this period, Spector also learned how to produce music with lessons from Stan Ross, the co-owner of Gold Star Studios. During the 60s, Phil focused primarily on producing rather than creating his own music. He worked with artists such as Curtis Lee, the Crystals, Connie Francis, and many others. 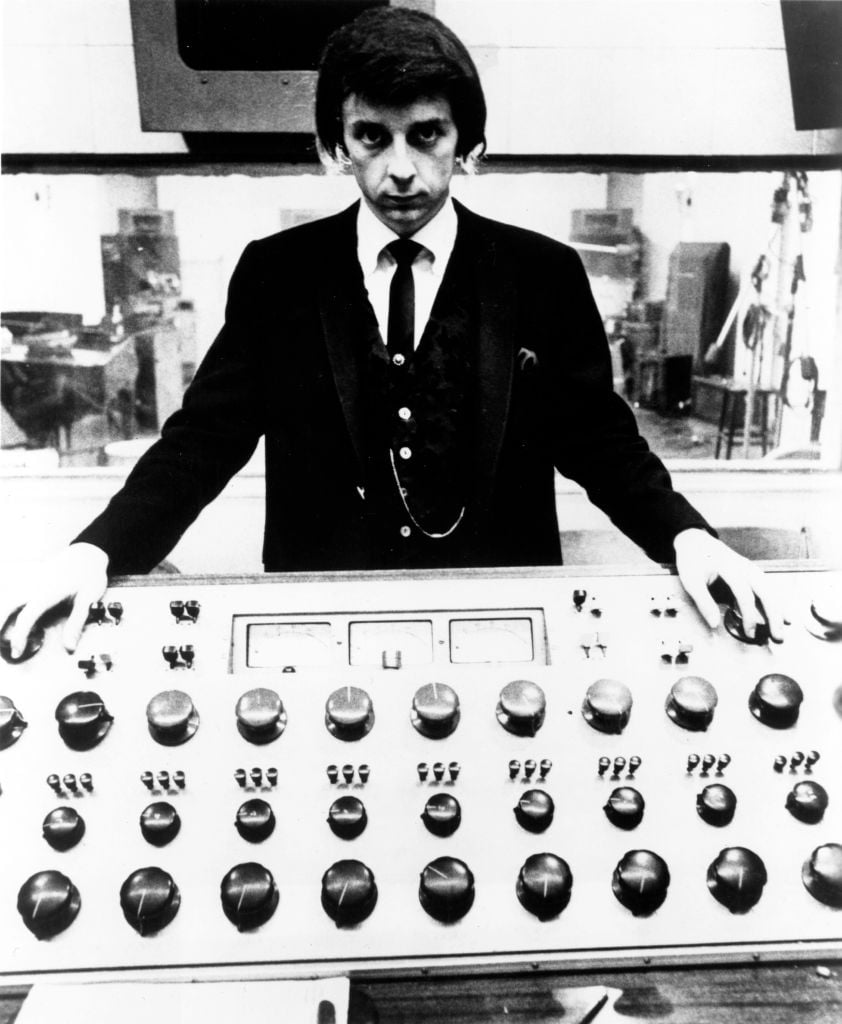 Although Spector's career dipped slightly towards the end of the 60s, he bounced back in the 70s after signing a new deal with A&M Records. He achieved massive success with the Beatles album "Let It Be," and he worked with many individual members of the English group for their solo albums. During this period, he created his famous Wall of Sound technique.

After suffering serious head injuries in a car crash, Spector began to withdraw from public life. During this decade, Phil gained further recognition after working with the Ramones. From the 80s to the early 2000s, he was mostly quiet – apart from working with Yoko Ono briefly in 1981.

In 2003, Lana Clarkson passed away from a gunshot wound to the face. She had died at Spector's California mansion, and Phil later claimed that the death was the result of an "accidental suicide." However, Spector's story soon began to unravel. On the initial 9-11 call made after Clarkson's death, Phil clearly stated "I think I've killed someone." Eyewitnesses also report that Spector was seen walking out of the back door with a gun.

After paying a $1 million bail, Phil remained a free man. His trial began in 2007, and later that year his case was declared a mistrial due to an indecisive jury. Although he continued with his music career, Phil was called to a retrial in 2008. This time, the jury reached a guilty verdict. As a result, he was sentenced to 19 years to life in prison. Due to his deteriorating health, he was mostly held at the California Health Care Facility as an inmate. 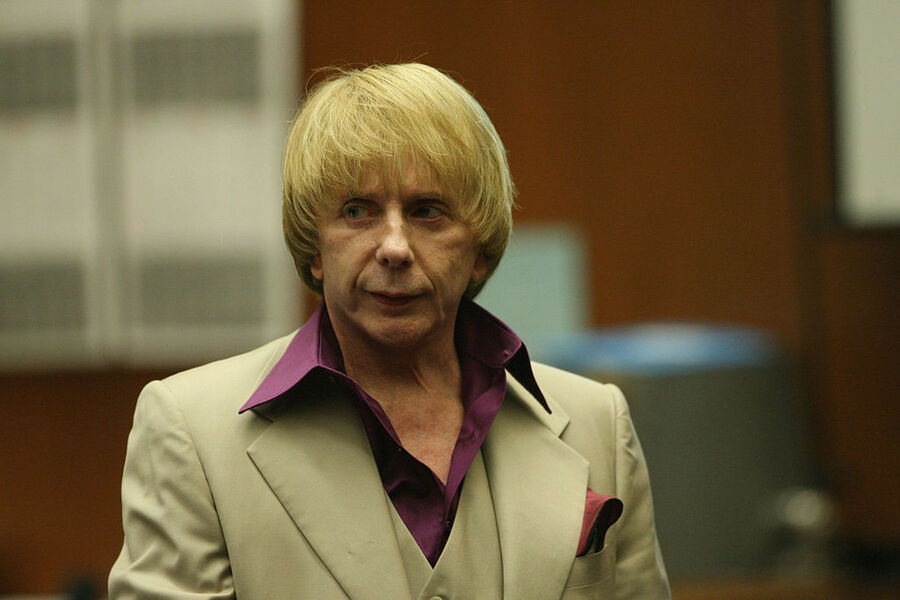 In 1963, Spector married Annette Merar, the lead singer of the Spectors Three. Although he later named his record company after his wife, Phil had an affair with another singer named Veronica Bennett (better known as Ronnie Spector). After leaving Annette, Phil married Veronica instead. Over the course of their relationship, the couple adopted three children.

Ronnie Spector later admitted that she was imprisoned and abused while living in California with Phil. Eventually, she managed to escape in 1972 with the help of her mother, and their divorce was finalized in 1974. Ronnie Spector later claimed that as part of the divorce proceedings, she did not pursue any stake in Phil's business or custody of the children because he had threatened to have her killed if she did.

After their mother had left, Phil's children were subjected to similar levels of abuse. They later alleged that they had been imprisoned within the home and were forced to simulate sex acts with his new girlfriend.

In the 80s, Phil and his girlfriend Janis Zavala had two children together.

In 2006 Phil Spector married his third wife, Rachelle Short. At the time she was a 35-year-old waitress. He was into his 70s. This was in 2006, when he was awaiting trial for murder. Ten years later, Phil filed for divorce. In his divorce filing, Spector complained that Rachelle was wasting his fortune on expensive jewelry, plastic surgery, cars, houses and even a private plane. She reportedly bought two homes for her mother alone.

In 2019, it was announced that Spector's French chateau-style residence in Alhambra, California, was up for sale with an asking price of $5.5 million. This was of course the site of the 2003 murder of Lana Clarkson.

Originally purchased by Spector back in 1998 for $1.1 million, the estate became known as a "beautiful and charming castle," although local residents detested Phil for making them feel like peasants. The gated estate features 8,700 square feet of living space, crystal chandeliers, and hand-painted wall murals. The property also comes with its own built-in hair salon.

In August 2020 the price was lowered to $4 million. In January the estate accepted a contingent offer at around $3.98 million. 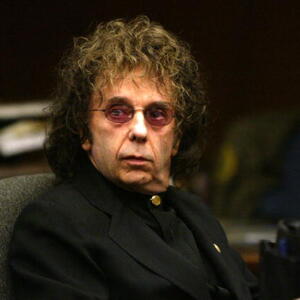