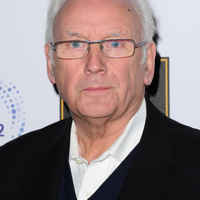 Peter Waterman net worth: Pete Waterman is an English producer, songwriter, DJ, and television personality who has a net worth of $50 million dollars. Peter Waterman was born in Stoke Heath, Coventry, England, and left school early to begin working full-time at a railway depot. He subsequently shifted his focus to music, and began building a name for himself as a DJ, while supporting himself as a gravedigger. He also worked as a trade union official. He became known for his popular Under-18s matinee discos, and by the late 70s, he was writing and producing tracks for various artists. He has gone on to produce 20 Top Ten UK hits. In addition to his writing and producing work, he has served as a television host, presenter, or judge for such programs as "The Hit Man", "Pop Idol", "Pop Stars: The Rivals", and shows for Radio City. He also collects both real and toy trains, and has written several books and articles on railway travel.