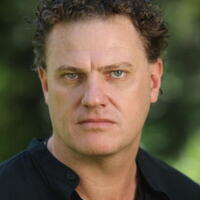 Peter Rodger net worth: Peter Rodger is a British filmmaker and photographer who has a net worth of $500 thousand. Peter Rodger was born in Tenterden, Kent, England in April 1965. His father was British photographer George Rodger. Peter Rodger is best known for directing and writing the 2009 documentary Oh My God. He also served as the film's cinematographer, producer, and camera operator. Rodger was the second unit director for the 2012 movie The Hunger Games. In 2009 he was nominated for Best Documentary at the Warsaw International Film Festival for Oh My God. Rodger has also directed commercials and now lives in the United States. He has been married twice and had three children. Rodger's son Elliott committed the 2014 Isla Vista killings in which he killed six people before committing suicide.