Peter Morgan net worth: Peter Morgan is a British screenwriter and playwright who has a net worth of $75 million. He is best known for his work on film and TV including Netflix's The Crown.

Peter Morgan was born in Wimbledon, London, England in April 1963. In 2002 he wrote for and executive produced the television series The Jury. Morgan created, wrote for, and executive produced the television series The Crown starting in 2016. He has worked on films and TV series including King Ralph, Martha, Meet Frank, Daniel and Laurence, The Queen, The Last King of Scotland, The Other Boleyn Girl, Frost/Nixon, The Damned United, State of Play, Hereafter, 360, Tinker: Tailor Soldier Spy, Rush, Bohemian Rhapsody, Metropolis, The Jury, Henry VIII, and more. Morgan has won more than 30 awards including a Golden Globe Award in 200 for Best Screenplay – Motion Picture for The Queen. He was also nominated for Academy Awards for Frost/Nixon and The Queen. He has been partners with Gillian Anderson since 2016.

Netflix Deal: In October 2019, Peter signed a massive overall deal with Netflix. It has been estimated that the deal was worth at least $100 million. 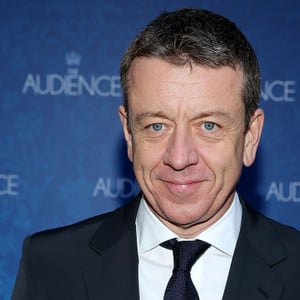