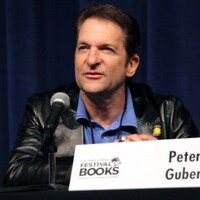 What is Peter Guber's net worth?

Peter Guber is an American film producer, sports team owner and investor who has a net worth of $800 million. Peter Guber has been a prominent figure in the entertainment industry since the 1970s. Guber currently serves as Chairman and CEO of Mandalay Entertainment Group, a multimedia entertainment company he founded in 1995. Guber built Mandalay into one of the leaders in providing motion pictures, television and sports entertainment. Notable Mandalay movies include "The Kids Are All Right," "Soul Surfer," and "Bernie."

Prior to Mandalay Entertainment, he was Chairman and CEO of Sony Pictures Entertainment, Chairman and CEO of Polygram Entertainment, Co-Founder of Casablanca Record & Filmworks and President of Columbia Pictures. Under Guber's personal guidance, as producer or executive producer, he created the films "Rain Man," "Batman," "The Color Purple," "Midnight Express," "Gorillas in the Mist: The Story of Dian Fossey," "The Witches of Eastwick," "Missing" and "Flashdance." His movies have earned more than $3 billion worldwide and around 50 Academy Award nominations.

Thanks to his 2011 book "tell to Win" Peter is a #1 New York Times Bestselling author. He has published several other books as well.

More recently Peter is probably best-known as one of the owners of the Golden State Warriors NBA team. Peter and fellow investor Joe Lacob led a group of buyers in acquiring the Warriors in 2010 for a mere $450 million. A rookie player named Stephen Curry had been drafted by the team just a few months earlier. Under Lacob and Guber the team has won three NBA championships. Today the Warriors are worth an estimated $6 billion.

Peter Guber was born on March 1, 1942 in Boston, Massachusetts. After high school he enrolled at Syracuse University. While at Syracuse he met his future wife Tara. They married in 1964.

After Syracuse, Guber enrolled at New York University to earn a law degree. Around the time of his graduation, he accepted a job as a management trainee at Columbia Pictures.

"Shampoo" was at least partially inspired by the life of Jon Peters, a person who would soon become extremely important in Gubers' life.

Peter eventually left Columbia to strike out on his own, forming a company called Filmworks. In 1977 he produced "The Deep" as an independent producer. The film was one of the highest-grossing movies of the year, bringing in over $100 million on a budget of just $9 million.

In 1976 Peter merged Filmworks with Casablanca Records, which was owned by Neil Bogart. Casablanca was probably best-known for releasing records from Kiss and Donna Summer. Bogart died in 1982.


In 1979 Peter teamed up with fellow producer Jon Peters and formed Polygram Productions. The Guber-Peters partnership, which became known as Guber-Peters Entertainment, produced a string of blockbusters, including "Caddyshack," "An American Werewolf in London," "Flashdance" and "The Color Purple." 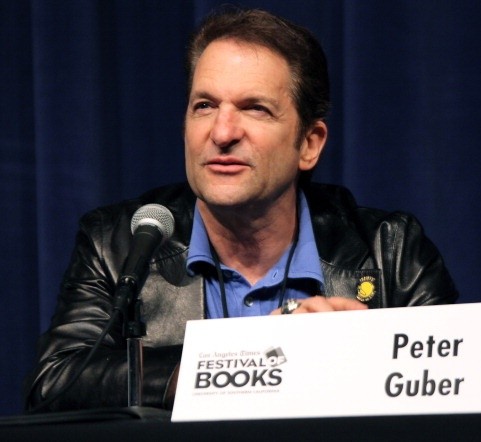 Next, Peters and Guber parlayed their success into one of the most lucrative production deals of all time to that point, under Warner Brothers. While working for Warner Brothers, Jon and Peter's most successful project was 1989's "Batman" which earned more than $400 million worldwide on a budget of $35 million. This enormous success earned Guber and Peters an multi-million dollar contract offer from Warner Brothers which they initially accepted.

Not long after signing their deal, Sony came knocking and acquired Guber-Peters Entertainment for $50 million in a deal that would have the duo become Co-Chairman of Sony Pictures. There was just one problem: They were still under contract with Warner Brothers.

Warner sued the duo and Sony for $1 billion for breach of contract. Sony ultimately agreed to pay Warner Brothers $500 million to release the two from their contracts. As a result, Jon Peters and Peter Guber became the co-Chairman on Sony Pictures. They had no experience running a major studio up to that point.

While running Sony, Peters and Guber oversaw the production of dozens of very high profile and very expensive movies, many of which flopped. They oversaw the spending of $8 billion on production and other costs, ultimately causing Sony to lose more than $3 billion during the Peters-Guber tenure. When they left Sony in the mid 1990s, Peter and Jon each earned a $30-50 million severance package.

Along with venture capitalist Joe Lacob, Peter Guber purchased the Golden State Warriors in 2010 for $450 million. Guber serves as the co-executive Chairman and co-managing partner of the team. Guber is also a minority owner in the Los Angeles Dodgers and the Los Angeles Football Club soccer team.