What is Peter Chernin's Net Worth?

Peter Chernin is an American entertainment and media executive who has a net worth of $400 million. Peter Chernin is known for founding The Chernin Group, of which he is also the CEO. TCG operates and invests in businesses in the entertainment and technology sectors, with its entertainment wing having produced such major motion pictures as "The Heat," "Hidden Figures," "Ford v Ferrari," and the "Planet of the Apes" reboot trilogy. Prior to founding TCG, Chernin was president and COO of News Corporation and chairman and CEO of Fox Entertainment Group.

He served as President and COO of News Corporation from 1996-2009 where he headed Twentieth Century Fox Filmed Entertainment as well as Fox Broadcasting Company. During his time running Fox, the studio produced the two top-grossing movies of all time, "Titanic" and "Avatar". Under Peter Chernin, Fox's broadcast and cable groups experienced tremendous growth. He was instrumental in Fox's expansion into sports broadcasting. Under his tenure, Fox's network schedule grew from two nights of original programming per week to seven. He has served on the Boards of American Express, Pandora, and Twitter.

In 2013, Chernin led a group which made $500 million bid for the streaming video website Hulu.

Peter Chernin was born on May 29, 1951 in Harrison, New York to Herbert and Mary. He was raised in the Unitarian faith, although his father was Jewish. For his higher education, Chernin went to the University of California, Berkeley, from which he graduated with a bachelor's degree in English literature.

Chernin began his career in the publishing industry. He first served as an associate publicity director at St. Martin's Press, and then became an editor at Warner Books. Following this, Chernin served as vice president of Development and Production at the David Gerber Company. He subsequently joined Showtime Networks, where he was the executive vice president of programming and marketing. Chernin went on to become the president and COO of Lorimar Film Entertainment.

In 1989, Chernin became the president and COO of Rupert Murdoch's News Corporation. At the mass media company, he oversaw global operations such as the production and distribution of film and television and the expansion into digital media. Chernin also served as chairman and CEO of Fox Entertainment Group, a holding of News Corporation. During his tenure, the Fox television network became the top network in the 18-49 demographic, while Fox's cable programming amassed over 400 million subscribers in less than a decade. Also during his leadership, 20th Century Studios produced the two highest-grossing movies in history (unadjusted for inflation), James Cameron's "Titanic" and "Avatar."

After 20 years at News Corporation, Chernin parted ways with the company in early 2009 to pursue his own entrepreneurial endeavors. He was succeeded in his position by Chase Carey. 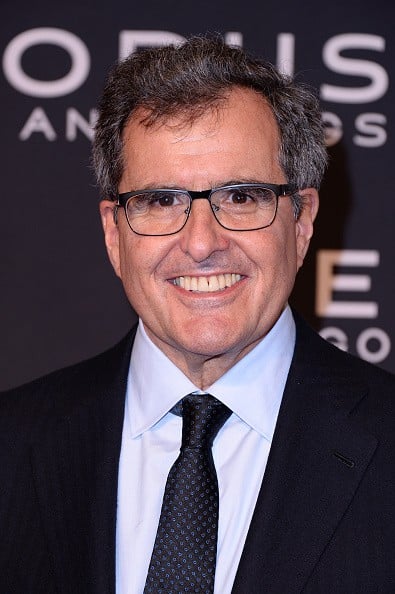 In 2010, Chernin founded his own holding company, The Chernin Group; he also became its chairman and CEO. The company's assets include the film and television production company Chernin Entertainment and stakes in such media companies as CA Media, Tumblr, Pandora, and Flipboard. Chernin Entertainment has been notable for producing a number of major motion pictures, most distributed by 20th Century Fox. Its first feature film was the 2011 science-fiction action film "Rise of the Planet of the Apes," the first installment in a reboot of the "Planet of the Apes" film franchise. A critical and commercial smash, it was followed by 2014's "Dawn of the Planet of the Apes" and 2017's "War for the Planet of the Apes." Other notable films produced by Chernin Entertainment have included the Tom Cruise post-apocalyptic action film "Oblivion"; the buddy cop comedy "The Heat," starring Sandra Bullock and Melissa McCarthy; Ridley Scott's biblical epic "Exodus: Gods and Kings"; the biographical drama "Hidden Figures"; the musical "The Greatest Showman"; and the sports drama "Ford v Ferrari," starring Christian Bale and Matt Damon. Chernin Entertainment also produced the "Fear Street" trilogy for Netflix.

Along with Jesse Jacobs and Mike Kerns, Chernin founded TCG Capital Management in 2018. An investment advisory firm, it focuses on private equity investments in the entertainment, technology, sports, and digital media sectors.

Beyond TCG, Chernin has held a number of board appointments at other companies. He sits on the board of American Express, and has previously sat on the boards of Twitter, DirecTV, E-Trade, and Pandora. Additionally, Chernin is the co-chair of the board of visitors at his alma mater, the University of California, Berkeley, and serves as a senior advisor for the firm Providence Equity Partners.

In 1980, Chernin married Megan Brody; together, they have three children.

On the philanthropic side of things, Chernin co-founded the non-profit organization Malaria No More with Raymond G. Chambers in 2006. The group works by fostering political engagement, advocacy, and funding efforts to eradicate malaria around the world. Malaria No More also convenes a coalition called Forecasting Healthy Futures, which is comprised of global health and technology partners working together to find innovative solutions to climate change. 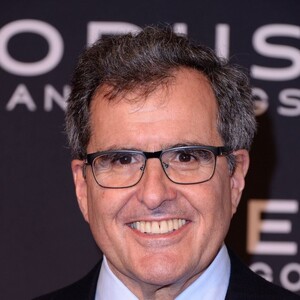