Early Life: Peter Berg was born Peter Winkler Berg on March 11, 1964, in New York City. He grew up with a Christian mother, Sally, and a Jewish father, Laurence (a U.S. Marine), and he has a younger sister named Mary. Peter's second cousin is H. G. Bissinger, the author of the 1990 book "Friday Night Lights: A Town, a Team, and a Dream." Berg's mother worked at a psychiatric hospital, and she co-founded the youth group Catalog for Giving. Peter attended The Taft School in Watertown, Connecticut, and after graduating in 1980, he enrolled at Macalester College in Saint Paul, Minnesota, majoring in theater history and theater arts. He earned his degree in 1984 and moved to Los Angeles the following year.

Career: After moving to L.A., Berg found work as a production assistant, and he made both his film and television debut in 1988, appearing in the thriller "Miracle Mile" and an episode of "21 Jump Street." In 1989, he appeared in the films "Never on Tuesday," "Going Overboard," "Tale of Two Sisters," "Race for Glory," "Heart of Dixie," and "Shocker," followed by "Genuine Risk" (1990) "Late for Dinner" (1991), "Crooked Hearts" (1991), "A Midnight Clear" (1992), "Fire in the Sky" (1993), "The Last Seduction" (1994), and "Cop Land" (1997). His directorial debut was 1998's "Very Bad Things," which starred Cameron Diaz, Christian Slater, Daniel Stern, and Jeremy Piven. Peter created the TV series "Wonderland," which aired on ABC in 2000, and he directed the 2003 film "The Rundown," an action comedy starring Dwayne "The Rock" Johnson and Seann William Scott. He then directed 2004's "Friday Night Lights," and two years later, he developed the TV series of the same name and served as an executive producer on the show. Berg followed "Friday Night Lights" with the 2007 thriller "The Kingdom," which starred Jamie Foxx, Chris Cooper, and Jennifer Garner, who he had previously worked with when he guest-starred on "Alias" in 2002.

Peter next directed Will Smith, Charlize Theron, and Jason Bateman in the 2008 superhero film "Hancock," which grossed $629.4 million at the box office. His 2009 Hulu ad featuring Alec Baldwin was named the best commercial of Super Bowl XLIII by "Time" magazine and "The New York Times," and that year he also directed an ESPN documentary entitled "Kings Ransom." He wrote the 2010 action film "The Losers," and in 2012, he directed "Battleship," which brought in $303 million at the box office. Berg then directed the 2013 war film "Lone Survivor" (which he also wrote and produced) and two 2014 episodes of the HBO series "The Leftovers." In 2016, he directed the films "Deepwater Horizon" and "Patriots Day," then he directed and produced 2018's "Mile 22" and 2020's "Spenser Confidential. Peter has also produced several television projects, including HBO's "Ballers" (2015–2019) and the USA Network's "Dare Me" (2019). In March 2021, Berg's production company, Film 44, signed a first-look deal with Netflix. 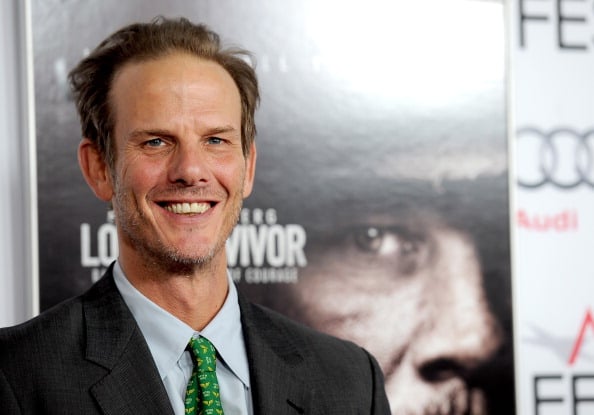 Personal Life: Peter married Elizabeth Rogers on August 28, 1993, and they divorced in 1998; the two have a son named Emmett. Berg dated model/actress Estella Warren from 2002 to 2006 and comedian Whitney Cummings from 2012 to 2013. In 2015, Peter received criticism after he shared his displeasure with ESPN's decision to give Caitlyn Jenner the Arthur Ashe Courage Award. On Instagram, he posted a photo of Army veteran Gregory D. Gadson next to a photo of Jenner, writing, "One Man traded 2 legs for the freedom of the other to trade 2 balls for 2 boobs. Guess which Man made the cover of Vanity Fair, was praised for his courage by President Obama and is to be honored with the 'Arthur Ashe Courage Award' by ESPN?" Berg later wrote, "I have the utmost respect for Caitlyn Jenner and I am a strong supporter of equality and the rights of trans people everywhere. I also believe that we don't give enough attention to our courageous returning war veterans, many of whom have sacrificed their bodies and mental health for our country and our principals — principals that include the freedom to live the life you want to live without persecution or abuse."

Awards and Nominations: Berg earned two Primetime Emmy nominations for "Friday Night Lights," Outstanding Directing for a Drama Series in 2007 and Outstanding Drama Series in 2011. He won a Fun Radio Trophy for "Very Bad Things" at the 1998 Deauville Film Festival, and "State of Play" earned a Sports Emmy Award for Outstanding Short Sports Documentary in 2017. In 2016, Peter and Mark Wahlberg were honored with a Spotlight Award from the National Board of Review for collaborating on "Patriots Day." The "Chicago Hope" cast was nominated for a Screen Actors Guild Award for Outstanding Performance by an Ensemble in a Drama Series in 1996, 1997, and 1998, and Berg received Writers Guild of America Award nominations for New Series for "Friday Night Lights" (2007) and Best Adapted Screenplay for "Lone Survivor" (2014). "Lone Survivor" also earned him a Saturn Award for Best Director and a Satellite Award for Best Screenplay, Adapted.

Real Estate: For over a decade, Peter as owned a mansion in LA's Brentwood neighborhood.

In 2008 he bought a 2-acre plot of land in Montana's ultra-exclusive Yellowstone Club, a 13,000-acre private ski and golf community. He proceeded to build an extremely impressive 4,800 square-foot contemporary home that has majestic views of the Spanish Peaks mountain range.

In October 2015 he listed the home or just under $7 million. 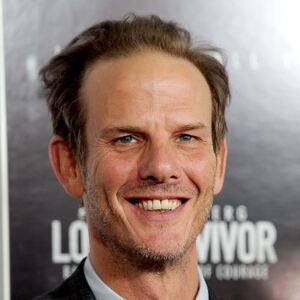