Paul Dini net worth: Paul Dini is an American writer and producer who has a net worth of $6 million. Paul Dini was born in New York City, New York in August 1957. He works in the television and comic book industries and has written and produced several animated series for Warner Bros. Animation and DC Comics. Dini has worked on several TV series including Tiny Toon Adventures, Superman: The Animated Series, Batman: The Animated Series, Batman Beyond, The New Batman/Superman Adventures, Duck Dodgers, and more. He worked as a consultant, writer, and editor for the television series Lost and has also written comic books including Superman: Peace on Earth and Harley Quinn. Dini joined Marvel after working at DC for many years and became a writer and producer for Hulk and the Agents of S.M.A.S.H. and Ultimate Spider-Man. He has won a total of five Daytime Emmy Awards for Tiny Toon Adventures, Batman: The Animated Series, Batman Beyond, and The New Batman/Superman Adventures. He married actress, comedian, and magician Misty Lee in 2005. 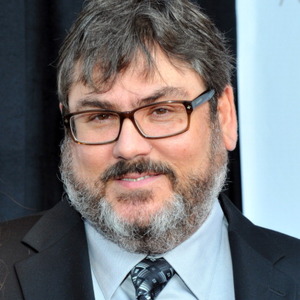