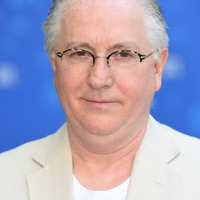 Patrick Doyle net worth and salary: Patrick Doyle is a Scottish composer who has a net worth of $20 million dollars. Born in Birkenshaw, Lanarkshire, Scotland, Patrick Doyle graduated from the Royal Scottish Academy of Music and Drama in the mid-70s. Initially, he made a name for himself appearing on the children's television show, "No. 73" in the early 80s. He then began composing and serving as music director for various theater companies, including the Renaissance Theatre Company. His association with Renaissance led to his scoring Kenneth Branaugh's acclaimed film adaptation of "Henry V". He subsequently won the Ivor Novello Award for Best Film Theme, for his work on "Henry V". Since then, he has composed music for such films as, "Much Ado About Nothing", "Sense and Sensibility", "Hamlet", "Bridget Jones' Diary", "Gosford Park", "Harry Potter and the Goblet of Fire", "Thor", "Rise of the Planet of the Apes", and "Brave". He has been nominated for two Oscars, two Golden Globes, and a BAFTA.