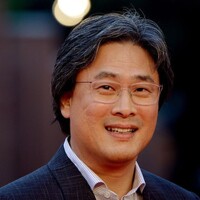 Park Chan-wook Net Worth: Park Chan-wook is a South Korean film director, screenwriter, producer, and critic who has a net worth of $10 million. Park Chan-wook was born in Seoul, South Korea in August 1963. He started a cinema club at Sogang University. He wanted to be an art critic but was inspired by the movie Vertigo to become a filmmaker. Park has been a director and writer for the films The Moon Is…the Sun's Dream, Trio, Joint Security Area, Sympathy for Mr. Vengeance, Oldboy, Sympathy for Lady Vengeance, and Day Trip. He was a writer for the films Anarchists, The Humanist, A Bizarre Love Triangle, and Boy Goes to Heaven. Park directed the 2013 film Stoker and produced the 2013 film Snowpiercer. He directed, wrote, and produced the 2006 film I'm a Cyborg, But That's OK and the 2009 film Thirst. He has won 37 awards including at the Bangkok International Film Festival, Berlin International Film Festival, Cannes Film Festival, Fantasia Film Festival, Fantasporto, Sitges – Catalonian International Film Festival, and Venice Film Festival. He also authored two books in 2005.