Pamela Fryman net worth: Pamela Fryman is an American director and producer who has a net worth of $20 million. Pamela Fryman was born in August 1959. She is best known for directing the television series How I Met Your Mother. Fryman directed the TV series Frasier from 1997 to 2001. From 1998 to 2003 she directed the series Just Shoot Me!.

From 2004 to 2005 Fryman directed the television series Two and a Half Men. She 2005 she has directed nearly 200 episodes of the TV series How I Met Your Mother. Fryman has also directed episodes of the TV series Santa Barbara, Dweebs, Cybill, Suddenly Susan, The King of Queens, and Happy Family. She won Daytime Emmy Awards for Outstanding Drama Series Directing team for Santa Barbara in 1990 and 1991. Fryman won a Dorothy Arzner Directors Award in 2011 at the Women in Film Crystal Awards. She has also been nominated for two Primetime Emmy Awards for How I Met Your Mother. 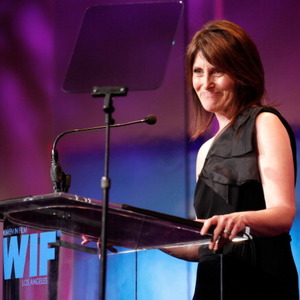