Paige Dunham net worth: Paige Dunham is an American film producer, businesswoman, and advocate for divorced women who has a net worth of $20 million. She is known for having been married to comedian and ventriloquist Jeff Dunham. She helped him write material, pitch show ideas, and ran his merchandise.

Early Life: Paige Dunham was born in Savannah, Georgia on March 13, 1968. She was raised on Amelia Island, Florida. Her family ran a dance school and she grew up dancing at the studio. Her family moved to West Palm Beach, Florida when she was a teenager and she finished her last two years of high school there. Paige majored in business at Clemson University in South Carolina.

Career:  When Paige married Jeff in 1994, she immediately got involved in his career. That same year she started the database for Jeff's online fan club. Paige's work, and especially the database were a big help in Jeff's win for Best Male Stand Up Comic at the 1997 American Comedy Awards. Paige also wrote newsletters, created and managed Jeff Dunham merchandise, and started an online store for the merchandise. In 1999 she launched Brasma Publications, hired an illustrator, and published a book by Dunham about one of his most beloved characters called "Dear Walter…" in 2003. She founded the Jeff and Paige Dunham Foundation in 2006. The foundation takes $1.00 from every ticket sold at a Jeff Dunham show and uses it to benefit people in need. Additionally, she sold meet and greets for fans at Jeff's shows and auctioned memorabilia on eBay. The proceeds of both of those benefitted the foundation. In 2006, the Dunhams presented a check for $35,000 to the Ronald McDonald House of Houston to benefit Hurrican Katrina relief. After Paige and Jeff divorced, she rebranded the foundation the Paige Dunham Foundation. She runs it to this day.

Personal Life: Paige moved back to West Palm Beach after college. Her first daughter, Bree Aleece, was born in 1991.  In 1992 she met comedian and ventriloquist Jeff Dunham. They were engaged three months after they met. They married in 1994. In 1995, the couple's daughter Ashlyn Evelyn was born. In 1997, Makenna Paige was born. Jeff Dunham filed for divorce in 2008 and the divorce was finalized in 2012.

Since the divorce, she has become an advocate for divorced women and helping women navigate through breakups and divorce. She also donates her time to various children's charities.

She is a runner and ran the San Francisco half marathon, where she raised $6,000 for the National Institute for Mental Health.

Legal Issues: In 2015, Jeff Dunham's second wife Audrey Dunham sued Paige Dunham for registering the websites AudreyDunham.com, AudreyDunham.net, AudreyDunham.us, and AudreyDunham.biz. Reportedly, Audrey asked Paige to transfer the websites, and the response was a demand for tens of thousands of dollars for each domain name. Audrey filed a lawsuit seeking damages up to $100,000 per domain name, plus a claim of unfair competition. 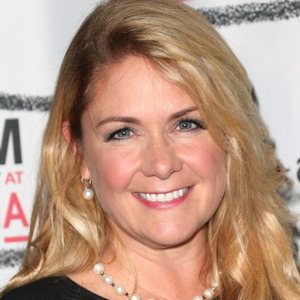