He was well known for working with Berry Gordy's Motown labels in the 1960s. Over 25 years Whitfield co-wrote and produced many Motown hits including "Ain't Too Proud to Beg", "I Heard It Through the Grapevine", "(I Know) I'm Losing You", "Cloud Nine", "War", "I Can't Get Next to You", "Ball of Confusion (That's What the World Is Today", "Smiling Faces Sometimes", "Just My Imagination (Running Away with Me)", and "Papa Was a Rollin' Stone". He worked with The Temptations as a producer and songwriter and produced eight of their albums. In 1975 he started Whitfield Records which produced the hit single "Car Wash" by Rose Royce. Whitfield and lyrical collaborator Barrett Strong were inducted into the Songwriter's Hall of Fame in 2004. Whitfield wrote or co-wrote more than 60 hits on the UK charts and 90 on the US charts. Norman Whitfield passed away on September 16, 2008 at 68 years old. 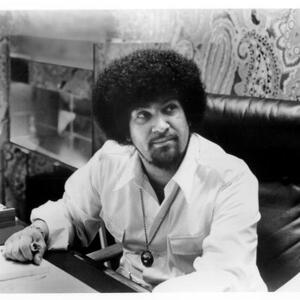