Norman Lear net worth: Norman Lear is an American television writer and producer who has a net worth of $200 million. Norman Lear is responsible for developing some of the most popular sitcoms of the 1970s, including "All in the Family," "Sanford and Son," "One Day at a Time," and "Good Times." Additionally, he is a noted political activist, and has made major financial contributions to progressive causes and politicians. In 1980, Lear founded the advocacy group People for the American Way to combat the conservative Christian agenda.

Early Life and Career Beginnings: Norman Lear was born in 1922 in New Haven, Connecticut in a Jewish household. His mother was Jeanette, and his father was Hyman, a traveling salesman. He had one sibling, a younger sister named Claire. Two formative moments occurred when Lear was nine: his father went to jail for selling fake bonds, and he encountered anti-Semitic Catholic radio priest Father Charles Coughlin while tinkering with his radio. The former incident would later inspire the character of Archie Bunker, while the latter would inspire Lear's lifelong commitment to advocacy. In 1940, Lear graduated from Weaver High School in Hartford, Connecticut, and subsequently went to Emerson College in Boston. However, he dropped out in 1942 to join the US Army Air Forces. Serving in the Mediterranean theater as a radio operator and gunner, he flew 52 combat missions, and was awarded the Air Medal.

Following the war, Lear worked in public relations, and eventually moved to Los Angeles, California, where his cousin Elaine lived. Along with Elaine's husband, aspiring comedy writer Ed Simmons, Lear sold home furnishings door-to-door. Throughout the 50s, the pair created comedy sketches for Rowan and Martin and Martin and Lewis, among others. In 1953, Norman and Ed were earning a record-breaking $52,000 a piece (the same as $500,000 in today's dollars) to write on three Martin and Lewis comedy specials.

In 1954, Lear was brought on as a writer for the new CBS sitcom "Honestly, Celeste!," but the show was canceled shortly after. At this time, Lear also became the producer of the short-lived sitcom "The Martha Raye Show," and wrote some opening monologues for "The Tennessee Ernie Ford Show." Lear created his first television series, the Henry Fonda Western "The Deputy," in 1959.

Television in the 1970s: After writing and producing the 1967 comedy film "Divorce American Style," and directing the 1971 comedy "Cold Turkey," Lear attempted to sell a sitcom concept about a blue-collar family to ABC. The network rejected the show following two pilot episodes; after a third pilot, CBS picked up the show, which was called "All in the Family." Although the program debuted to disappointing ratings in 1971, it received a number of Emmy Awards, including Outstanding Comedy Series. Ratings picked up during summer reruns, and by the next season, the show flourished. From 1972 to 1977, "All in the Family" was the top-rated program on television. After ending in 1979, the show transitioned into the spinoff series "Archie Bunker's Place."

Lear had several other hit sitcoms throughout the 70s. Among them were NBC's "Sanford and Son," about a blue-collar African-American family living in the Watts neighborhood of LA, and CBS's "Maude" and "The Jeffersons," both spinoffs of "All in the Family." The latter, which ran from 1975 to 1985, remains one of the longest-running sitcoms in American television history. Lear also created "Good Times," which was a spinoff of "Maude," and "One Day at a Time." In 1976, he developed the cult hit "Mary Hartman, Mary Hartman," which had initially been deemed too controversial by the networks. In addition to these series, Lear cofounded the production company T.A.T. Communications with talent agent Jerry Perenchio; it was one of the most successful independent television producers of the 70s.

Career in the 80s: In 1981, Lear started a 14-month run hosting a revival of "Quiz Kids," a classic game show from the 40s. The next year, he produced a television special called "I Love Liberty," which was designed to challenge rightwing groups. In 1986, Lear established the media company Act III Communications, which produced numerous films including Rob Reiner's "The Sure Thing," "Stand By Me," and "The Princess Bride." 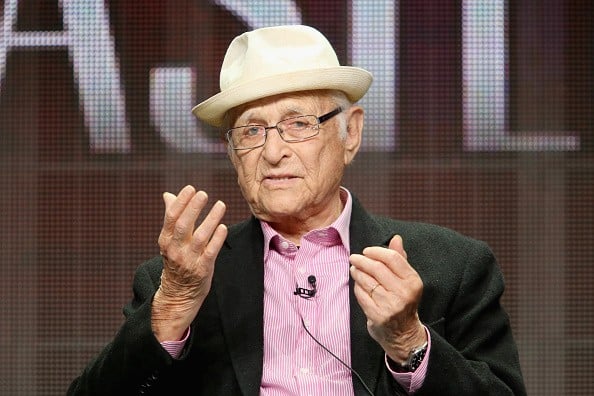 Career in the 1990s and Beyond: In the 90s, Lear returned to television production with the sitcoms "Sunday Dinner," "The Powers That Be," and "704 Hauser"; however, none of the programs proved to be successful. In 1997, along with Jim George, Lear produced the kids' Saturday morning animated series "Channel Umptee-3." Despite earning good reviews, it was canceled after one season due to low ratings.

Lear has continued to contribute to media in his later years. In 2017, he executive-produced the Netflix reboot of his show "One Day at a Time." Also that year, he launched a podcast called "All of the Above with Norman Lear."

Political Activism: Beyond his television and film successes, Lear has been a longtime advocate for liberal causes. In the 70s and 80s, he was part of a group of wealthy Jewish men known as the "Malibu Mafia," which worked to fund progressive initiatives and politicians. In 1981, Lear founded People for the American Way, an advocacy organization designed to counter the Christian right. The group was successful in stopping Reagan's nomination of Robert Bork to the Supreme Court in 1987. Later, in 1989, Lear founded the Business Enterprise Trust, an educational program that highlighted social innovations in American business. In 2000, he gave an endowment to USC for a multidisciplinary research and public policy center, which was consequently named the Normal Lear Center. Among his other contributions, Lear established the non-profit campaign Declare Yourself, designed to encourage eligible young Americans to register and vote.

Embassy Pictures and Coca Cola Sale: In 1982 Lear and Jerry Perenchio bought Avco Embassy Pictures. In 1985 they sold it to Columbia pictures for $485 million in shares of The Coca-Cola Company. Norman and Lear each received the pre-tax inflation-adjusted equivalent of $600 million from the sale.

In 1986, Norman Lear founded Act III Communications which produced movies like The Sure Thing, Stand By Me, The Princess Bride and Fried Green Tomatoes.

Personal Life: He was awarded the National Medal of Arts by President Bill Clinton in 1999. He purchased one of the first copies of the United States Declaration of Independence for $8.1 million in 2001. Norman Lear is a political activist who started People For the American Way in 1981. He supports First Amendment rights and started the nonpartisan nonprofit campaign Declare Yourself in 2004 and BornAgainAmerican.org in 2009. Lear has been credited with helping give many African Americans opportunities for television careers. Lear was honored at the 2017 Kennedy Center Honors.

Divorce Settlement: Norman and his second wife Frances filed for divorce in 1985 after 28 years of marriage. Norman was ordered to pay Francis an unprecedented $112 million divorce settlement, the same as around $270 million today. Frances then spent $30 million of her settlement money (around $70m with inflation) to launch a magazine called Lear's which was focused on women over the age of 45. The magazine folded within six years.

Norman Lear's Real Estate: In 1995, Norman and his third wife Lyn spent $6.5 million on large mansion in the Brentwood neighborhood of Los Angeles. Sitting on 8 acres, the property has a 14,000 square-foot main home, guest house, pool, gym, spa, tennis, security offices and a 35-car garage. He listed the house for sale in 2015 for $55 million. In November 2019 he listed the home again, this time for a shade under $40 million.

Norman and Lyn also own a two-bedroom condo off Central Park in NYC, which they bought in 2008 for $10.2 million.

In 2001, Lear and his wife bought one of the first published copies of the US Declaration of Independence for $8.1 million. Over the following years, Lear toured the document around the country in an organized road trip, bringing it to presidential libraries and museums, as well as the Winter Olympic Games and the Super Bowl. 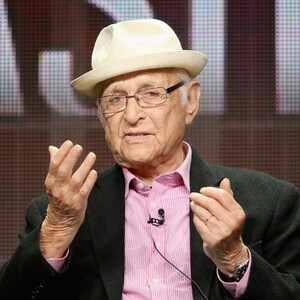