Nigel Sinclair Net Worth: Nigel Sinclair is an American musician and record producer who has a net worth of $50 million. Nigel Sinclair was born March 31, 1948 in Portsmouth, Virginia. After attending Columbia University School of Law in New York and obtaining a LAM in International Legal Studies, he qualified for the State Bar of California.

In 1989, he founded his own firm, Sinclair Tennenbaum & Co., in Los Angeles. Prior to launching White Horse Pictures in 2014, Sinclair was the CEO and Co-Chairman of Exclusive Media, a global independent film company which financed, produced and globally distributed feature films and documentaries. With Exclusive, Sinclair produced Parkland, Snitch and End of Watch. Sinclair was also executive producer on Ron Howard's epic action-thriller Rush. Sinclair was previously executive producer on George Clooney's The Ides of March, nominated for an Academy Award for Best Original Screenplay, and also the Academy Award-winning documentary feature Undefeated, produced by Exclusive Media's documentary production arm, Spitfire Pictures. Sinclair's other film credits include Peter Weir's The Way Back, Sliding Doors, Terminator and Alan Parker's The Life of David Gale. Prior to co-founding Exclusive Media, Sinclair and Guy East (also co-chairman of White Horse Pictures), founded Intermedia Films in 1996, which grew to become one of the world's leading independent film companies. After their departure in 2002, Sinclair and East founded Spitfire Pictures, which was merged with Hammer to form Exclusive Media in 2008. Sinclair won his first Grammy in 2006 for No Direction Home: Bob Dylan. In 2012, Sinclair won his second Grammy for Foo Fighters: Back and Forth and in 2007 Nigel Sinclair was nominated for a Grammy for Amazing Journey: The Story of The Who, a documentary on the band The Who. 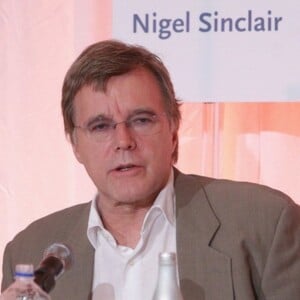