What is Nigel Lythgoe's Net Worth?

Nigel Lythgoe OBE is an English TV and film director, producer, choreographer, and former dancer who has a net worth of $150 million. Nigel, a one-time dancer turned choreographer, started his career performing on television with BBC's The Young Generation dance ensemble in England. He then moved into behind-the-scenes work as a choreographer, working with stars such as Ben Vereen and the Muppets.

Ten years later, Lythgoe turned into a producer who enjoyed worldwide success with productions like "You Bet!" (1989), Fox's "American Idol" (2002), "Popstars" (2000), "So You Think You Can Dance" (2005), "The Next Great American Band" (2007) and "Superstars of Dance" (2009). Subsequently, he was recognized as one of the preeminent godfathers of early 21st century reality TV. Nigel has served as a judge on the U.S. and U.K. versions of "So You Think You Can Dance, and he co-owns the Villa San-Juliette Vineyard and Winery in Paso Robles, California. In 2015, Nigel was named an Order of The British Empire by Queen Elizabeth II.

Nigel Lythgoe was born Nigel Bruce Lythgoe on July 9, 1949, in Wallasey, Cheshire, England. His parents were George Percival Lythgoe (a dockworker) and Gertrude Emily Lythgoe, and he began showing an interest in dance at the age of 10. Nigel attended the Hylton-Bromley School of Dance and Drama and the Perry Cowell School of Dance, studying modern jazz, classical ballet, ballroom, and other types of dance. The Corps de Ballet hired Lythgoe for his first professional dance job, a national tour of "The Merry Widow." In 1969, he began dancing with The Young Generation, and he became the troupe's choreographer two years later.

Lythgoe's ability to film choreography using multi-camera techniques (as well as other techniques) led to a career in television. He performed with renowned dancers like Gene Kelly and Cyd Charisse in the 1970s and 1980s. During this period, Nigel performed on several television shows, including "The Rolf Harris Show" (1969-1971), "It's Lulu" (1970-1971), and "Vera Lynn" (1971-1972). Lythgoe once told "People" magazine that he was "the only person to dance, choreograph, produce and direct the Royal Variety Performance," an annual television special that raises funds for the Royal Variety Charity. Nigel began producing in the early 1980s, beginning with the 1981 television film "Bud 'n' Ches" and the 1984 series "Mates and Music." In the 1990s, he served as a producer on "Bob's Your Uncle" (1991-1992), "Gladiators: The Ashes" (1995-1996), "The Big Big Talent Show" (1997), and "The Thoughts of Chairman Alf" (1998), and by 1995, he had been named Head of Entertainment and Comedy at London Weekend Television. 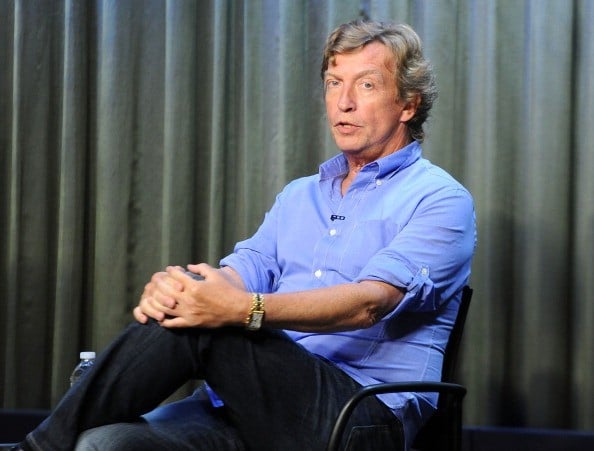 In 2000, Lythgoe's tough judging on "Popstars" earned him the nickname "Nasty Nigel." The following year, he directed and produced the U.K. version of the reality competition series "Survivor" for Planet 24, Bob Geldof's production company. Nigel then became President of 19 Television, which was part of Simon Fuller's 19 Entertainment group. Fuller created the singing competition "Pop Idol," and Lythgoe developed and produced it; the show's popularity led to an international franchise that has been adapted in more than 40 regions and launched the careers of stars such as Kelly Clarkson, Carrie Underwood, Carly Rae Jepsen, Jennifer Hudson, Katharine McPhee, Adam Lambert, and Will Young. In 2002, Nigel relocated to the United States to produce future hit "American Idol," then co-created "So You Think You Can Dance," also serving as a producer and judge. Lythgoe left "American Idol" in 2008, and he formed the Big Red 2 Entertainment production company with Fuller in 2009. In 2010, he returned to "American Idol" to produce the show's tenth season and stayed in the role until 2014. In recent years, Nigel has produced the television series "Dance School Diaries" (2014), "Easiest Game Show Ever" (2016), and "Every Single Step" (2016) and appeared in the documentaries "Eyes of Faith" (2018), "Cilla: The Lost Tapes" (2020), and "Move" (2020).

Nigel met Bonita Shawe while he was working as a choreographer for The Young Generation dance troupe, and the couple wed in 1974. They had two sons, Kristopher and Simon, before divorcing in 2010, and they also have four grandchildren. Lythgoe has also reportedly had relationships with Raquel Welch and Priscilla Presley. Nigel had a heart attack in January 2003, and in October of that year, a burst appendix nearly killed him. He is passionate about the arts and helped create the Dizzy Feet Foundation, a charitable organization dedicated to increasing and improving access to dance education in America. Lythgoe is also responsible for National Dance Day, which he launched in 2010 with congresswoman Eleanor Holmes Norton.

Lythgoe has earned 12 Primetime Emmy nominations for Outstanding Reality-Competition Program for producing "American Idol" and "So You Think You Can Dance." He has been nominated for five PGA Awards as well. Nigel has also earned the Academy of Television Arts & Sciences' Governors Award, the International Emmy: Founders Award, and the Ellis Island International Medal of Honor, and the University of Bedfordshire presented him with an honorary Doctor of Arts in 2009.