Nick Loeb Net Worth: Nick Loeb is an American businessman who has a net worth of $10 million. Nick Loeb is probably best-known for his former relationship with actress Sofia Vergara and the lawsuit he filed over the frozen embryos he created with her.

Nick Loeb was born August 2, 1975 in New York City, New York. His father is Ambassador John Loeb, Jr. of the brokerage firm of Loeb Rhoades and Lehman family (founders of the global financial services firm Lehman Brothers). His cousin is Edgar Bronfman Jr. of Seagrams and Universal. Nick attended prep school for eight years at The Cardigan Mountain School and The Loomis Chaffee School and went on to Tulane University in New Orleans. In 1998, he graduated as a finance major with a Bachelor of Science in Management from the A.B. Freeman School of Business at Tulane University. Upon graduating Nick began the International Production Company (IPC) with friend and partner Michael Niemtzow. Nick worked at Universal Studios and learned about mergers and acquisitions in corporate development and was given the opportunity to work for Brian Mulligan, former COO of Seagrams, and in motion picture finance with Chris McGurk, now president of MGM.

In the summer of 1999, IPC produced its first film and picked up another partner, Alex Hernandez. The film "The Smokers" (2000), starred Dominique Swain and Thora Birch, and was executive-produced by the legendary Quincy Jones. "The Smokers" won the Audience Award at The New York Independent Film Festival, was nominated for three awards at the Santa Barbara International Film Festival then finally sold to MGM. IPC also produced three episodes of the award-winning documentary, aired on PBS, called "The Living Century" (2001) with Executive Producer Barbra Streisand in conjunction with the Independent Documentary Association (IDA). In 2006 Nick formed Loeb's Foods. In April 2011 he founded the Crunchy Condiment Company, which sells Onion Crunch, a fried onion topping with products being sold in over 17,000 locations.

Sofia Vergara Relationship: Nick formerly dated and was once engaged to "Modern Family" star Sofia Vergara. In April 2015 the New York Times published an op-ed penned by Nick in which he argued he should be allowed to use the frozen embryos he and Sofia created while they were still together via in-vitro fertilization. They had both previously agreed to a contract that said the embryos could only be used if both partners agreed. The case was dismissed in August 2017. 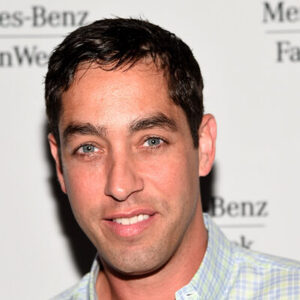