Pnau formed in 1999 and released their debut studio album Sambanova the same year. They have released the albums Again in 2003, Pnau in 2007, Soft Universe in 2011, and Changa in 2017. Their 2012 album Good Morning to the Night (Elton John vs Pnau) reached #1 in the UK. Teenager released their only album Thirteen in 2006. Empire of the Sun formed in 2007 and released the albums Walking on a Dream in 2008, Ice on the Dune in 2013, and Two Vines in 2016. As a producer Nick Littlemore has worked with artists including Elton John, Ellie Goulding, Robbie Williams, and more. He also worked for Cirque de Soleil as a composer and musical director. 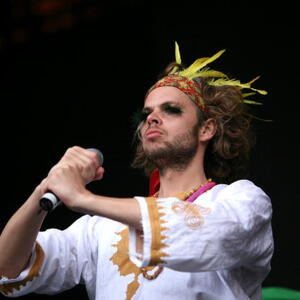