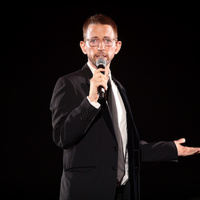 Neal Brennan net worth: Neal Brennan is an American writer, stand-up comedian, actor, director, and producer who has a net worth of $5 million dollars. Neal Brennan is also known for helping to create the Chappelle Show, along with its namesake Dave Chappelle. Brennan was raised in Villanova, Pennsylvania, but then moved to Illinois as a child. Born as the youngest of 10 children into an Irish Catholic family, which he has stated were all very funny. It was during childhood that he realized he enjoyed comedy and began exploring it as an activity, and later a career. At the age of 8 or 9, he also started writing up routines for he and his friends, which they began performing. Then, in the mid 1990s, he moved to Los Angeles in order to pursue his comedy writing career. He first started writing for the Jenny McCarthy and Chris Hardwick dating-based TV show, Singled Out. He then began working as a writer on various other programs. After helping to found the Chappelle Show, he began directing which he expanded upon later with outside TV shows and films, including The Goods: Live Hard, Sell Hard, which came out in 2009. He also acted in Get Him to the Greek in 2010.