Narvel Blackstock net worth: Narvel Blackstock is an American television producer who has a net worth of $50 million. Narvel Blackstock was born in Tarrant County, Texas in August 1956. Early in life he was a steel guitar player, but he ultimately became a talent manager. He is best known for being the executive producer of the television series Malibu County from 2012 to 2013 and for being formerly married to country music superstar Reba McEntire. Blackstock has also executive produced the TV movies or TV specials Is There Life Out There? In 1994, Forever Love in 1998, Secret of Giving in 1999, Blake Shelton Live: It's All About Tonight in 2010, Blake Shelton's Not So Family Christmas in 2012, and Kelly Clarkson's Cautionary Christmas Music tale in 2013. Narvel Blackstock also directed the music video "I Know How He Feels" for the video Reba: Video Gold II. He has appeared in episodes of the TV series CMT Giants and Headline Country. Narvel Blackstock was married to his second wife Reba McEntire from 1989 to 2015. He has also served as a manager for Kelly Clarkson and Linda Davis. In 2012 Brandon Blackstock became engaged to Kelly Clarkson. The two married in 2013. At the time that they first met Brandon was married to Melissa Ashworth, but the couple divorced in 2012. Brandon has three children from his previous marriage.

Unfortunately Narvel Blackstock and Reba McEntire divorced in 2015. They had been married since 1989. They were married in Lake Tahoe on a boat in a very private ceremony. After marrying, they two formed a company called Starstruck Entertainment to manage all aspects of Reba's career. They had one child together, a boy named Shelby, who was born in February 1990. Despite their divorce, Reba is still very close to her former step children and their six children who she considers her grandchildren. The breakup was reportedly not Reba's idea.

Real Estate: In 2003, Reba and Narvel spent $9 million to buy a 2-acre property in Beverly Hills. In 2015, around the time of their divorce, they sold the property – which features a 9,000 square-foot mansion – for $22.5 million. They also owned an 80-acre farm called Starstruck Farm in Gallatin, Tennessee, 30 minutes northeast of Nashville. The property features an 12,800 square-foot lakefront house, large pool, pool house, equestrian facilities and tennis courts. In September 2016 they listed the home for $7.9 million. It languished on the market until July 2017 when it sold for $5 million to a developer. 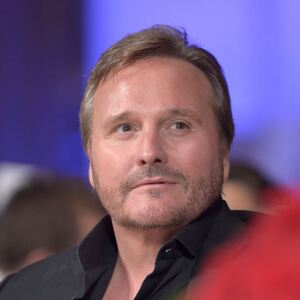