Nadir Khayat net worth: Nadir Khayat is a Moroccan-Swedish music producer, songwriter, and music executive who has a net worth of $20 million dollars. Nadir Khayat is better known as RedOne and was born in Tetouan, Morocco in April 1972. He immigrated to Sweden when he was 19. He sang and played guitar in local rock bands in Sweden.

He started producing and writing songs for other artists in 1995. He met Rami Yacoub and worked with the Swedish girl band Popsie. He co-produced for A*Teens in 2001-2002. In 2005 RedOne started receiving recognition. He won a Swedish Grammy and started working with artists such as Daniel Lindstrom, Darin Zanyar, Ch!pz, RBD, and Christian Milian. In 2006 he produced the official song of the 2006 FIFA World Cup "Bamboo". RedOne moved to the United States in 2007. He worked with Kat DeLuna and remixed a song by Jennifer Lopez. He was introduced to and started working with Lady Gaga. He has produced or written for many popular artists including Britney Spears, Pitbull, Akon, Marc Anthony, Justin Bieber, Mary J Blige, Brandy, Cher, Jason Derulo, Selena Gomez, Enrique Iglesias, Lindsay Lohan, Nicki Minaj, Lionel Richie, Usher, Lil Wayne, Backstreet Boys, New Kids on the Block, One Direction, and the Ying Yang Twins. RedOne started 2101 Records in 2010 with Universal Music Group. The artists signed to the label include Jennifer Lopez, Havana Brown, Midnight Red, and 7Lions. He also created the non-profit 2101 Foundation which helps youth. Khayat was nominated for a Grammy and a Latin Grammy in 2011. At the beginning of 2016, Khayat signed a record contract with Warner Bros., going on to drop his first single a few months later in May with artists Enrique Iglesias, R. City, Serayah, and Shaggy all assisting him on the track, entitled (somewhat humorously given the number of featured artists on the song) "Don't You Need Somebody." 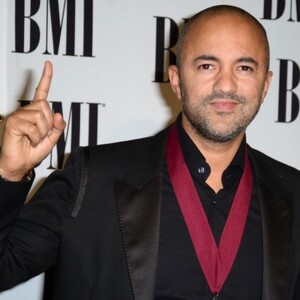