What is Mutt Lange's Net Worth?

Mutt Lange is a Zambian-born British record producer and songwriter who has a net worth of $225 million dollars. Mutt Lange He is probably best known as the producer for and ex-husband of mega-country music star Shania Twain. They divorced after Lange was found to be having an affair with Twain's then-best friend, Marie-Anne Thiebaud. Mutt and Shania divorced in June 2010. In a twist of irony, Shania Twain is now married to her ex-best friend Marie-Anne's ex-husband, Frederic.

Mutt Lange has produced albums for many artists including AC/DC, City Boy, Def Leppard, The Boomtown Rats, Graham Parker and the Rumour, Outlaws, Foreigner, The Cars, Bryan Adams, Billy Ocean, Savoy Brown, The Corrs, Maroon 5 and Nickelback. Shania Twain's 1997 album Come on Over, which Lange produced, was the all time best-selling album by a female artist. 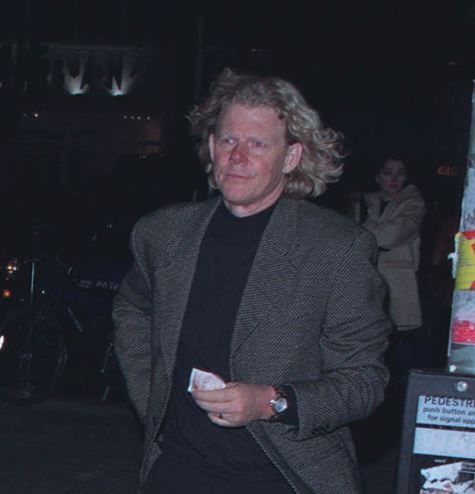 Thanks to Lange's work in 1991 on Bryan Adams's Waking Up the Neighbours, including co-writing (Everything I Do) I Do It for You, the single was a huge hit. The song, written for the Kevin Costner film Robin Hood: Prince of Thieves, holds the record for the longest consecutive #1 UK chart single with 16 consecutive weeks at the top of the charts.

A strict vegetarian and somewhat of a recluse, Lange has not given an interview for decades and prefers to live a secluded life, primarily in Switzerland. He is known for his endurance in the studio and innovations in multi-track recording.

Lange was born on November 11, 1948 in Mufulira, Northern Rhodesia (now Zambia) and given the name Robert John Lange. He was raised in Durban, South Africa by his parents. His mother was German and came from a well-to-do family while his father was a South African mining engineer. Lange was nicknamed Mutt from an early age and grew up constantly listening to music. He was a particular fan of country music in his early life. Lange attended Belfast High School in what is now Mpumalanga province. While there, he started a band in which he played rhythm guitar and sang harmonies.

From 1966 to 1967, Lange completed his required national service. After finishing, he decided to focus on pursuing a career in music.

In 1969, Lange formed the band Sound Reason along with James Borthwick, a South African television, film, and stage actor. The group did not last very long and Lange founded a different group, Hocus, in 1971. The group went on to record one album and release five singles. He relocated to the United Kingdom in order to have more opportunities in the music industry.

In 1976, he began his career in music production in earnest, though he did not produce any hit singles until a couple of years later. Beginning in 1976, he started working with the U.K. band, City Boy, and produced five of their albums between then and 1979. In 1978, he produced "Rat Trap" for The Boomtown Rats, which topped the charts in the U.K. He also produced Ipswich Town's FA Cup final single called "Ipswich Get That Goal." He agreed to do this because the team had a South Africa-born player named Colin Viljoen.

In July of 1979, he produced AC/DC's hard rock album, "Highway to Hell," which went to number eight on the U.K. charts. He continued working with AC/DC by producing two more of their albums, including "Back in Black" in 1990 which became one of the best-selling albums of all time. He also worked on albums for Foreigner and Def Leppard. He specifically worked on "High 'n' Dry," "Pyromania," "Hysteria," and "Adrenalize." He took a break from working with Def Leppard for a few years but returned in 1999 for their "Euphoria" album. His work with Def Leppard was depicted in the 2001 television film, "Hysteria – The Def Leppard Story," in which Anthony Michael Hall portrayed Lange.

In addition to working with AC/DC and Def Leppard, Lange also worked with artists like The Cars, Romeo's Daughter, and Billy Ocean throughout the 1980s.

In the 1990s, Lange started working with Bryan Adams and produced his album, "Waking Up the Neighbours." He co-wrote the song, "Everything I Do, I Do It For You," which was featured in the Kevin Costner film, "Robin Hood: Prince of Thieves." The song went to the top of the U.K. singles chart and holds the record for longest number of consecutive weeks in the number one spot. He also produced albums and tracks for Michael Bolton, Stevie Vann, The Backstreet Boys, and Shania Twain in the 1990s.

In the 2000s, he produced albums and tracks for Shania Twain, Muse, Maroon 5, Celine Dion, Lady Gaga, and Britney Spears, among other artists. Throughout his career, two of the albums he has produced have won Grammy Awards in addition to three of his produced songs.

Early in his life, Lange met Stevie Vann when the two were attending the same grade school in the early 1960s. They reconnected a few years later while attending Belfast High School and they started dating after playing together in the band Hocus. They married in the early 1970s and then moved to the United Kingdom. After a few years, their marriage started to break down. Lange also started dating Oonagh O'Reilly, an Irish co-worker, while still married to Lange. They divorced and Lange continued dating O'Reilly for five years.

In the early 1990s, Lange first heard the music of country artist, Shania Twain. He arranged a phone call with her as he was so taken with her music and wanted to work with her. After offering to produce and write songs with her, the two arranged a meeting at Nashville's Fan Fair in June of 1993. They quickly became close and started dated. The couple were married shortly after in December of 1993. In August of 2001, they had a song together named Eja.

It was revealed that Lange had an affair with Twain's best friend, Marie-Anne Thiébaud, and the couple announced they were separating in May of 2008. They finalized their divorce in June of 2010. Lange continued seeing Thiébaud, while Twain later married Thiébaud's ex-husband, Frederic Thiébaud.

Lange follows a strict vegetarian diet. He is also a follower of the teachings of Sant Mat, an esoteric philosophy movement. He is also interested in the environment and conservation. In 2011, Lange bought Coronet Peak Station in Queenstown, New Zealand, a large plot of land on a mountain. A 2014, he had protected around 130,000 acres of the land as a covenant, making it the largest private conservation covenant in New Zealand.

Lange generally is a private person and prefers to remain out of the public eye. He primarily lives a secluded life at his home in La Tour-de-Peilz, Switzerland. 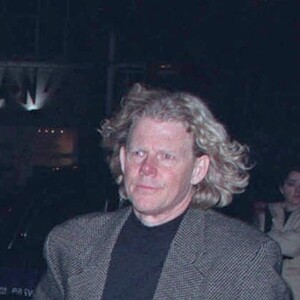