Moya Doherty net worth: Moya Doherty is an Irish entrepreneur who has a net worth of $75 million. Moya Doherty was born in Pettigo, County Donegal, Ireland in 1957. She is best known for being the producer and co-founder of the theatrical phenomenon Riverdance. Riverdance premiered at Dublin's Point Theatre in February 1955 and also made an appearance at the 1994 Eurovision Song Contest.

Doherty directs Tyrone Productions which is one of the country's leading independent television production companies. She served as a founding director at radio station Today FM and also serves as a member of the Board of the Dublin Theatre Festival. Moya's husband is co-founder of Riverdance John McColgan. She is one of the richest women in Ireland. 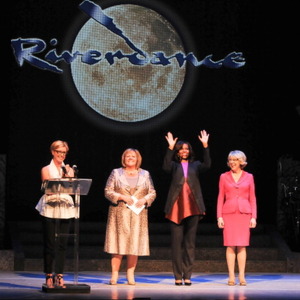