What Is Mitchell Hurwitz's Net Worth and Salary?

Mitch Hurwitz was born Mitchell Donald Hurwitz on May 29, 1963, in Anaheim, California. Hurwitz grew up in a Jewish household, and at the age of 13, he founded a chocolate chip cookie business with his father, Mark, and his brother, Michael. The business, which opened in 1976, was called the Chipyard, and it was located on Balboa Boulevard in Newport Beach. As of this writing, there is still a Chipyard open in Boston, and the company sells cookies online as well. Hurwitz attended Costa Mesa's Estancia High School, then he majored in English and theology at Georgetown University in Washington, D.C., graduating in 1985.

In 1989, Mitch was a co-associate producer on the CBS sitcom "Heartland," and in 1990, he began working on NBC's "Nurses" as a writer and producer and wrote an episode of the NBC sitcom "Empty Nest." From 1990 to 1992, he worked on NBC's "The Golden Girls" as a writer, story editor, and executive producer, and from 1992 to 1993, he was a writer and supervising producer on "The Golden Girls" sequel series "The Golden Palace." Hurwitz wrote and executive produced NBC's "The John Larroquette Show" from 1993 to 1996, then he created, wrote, and executive produced the 1999 NBC sitcom "Everything's Relative," which featured future "Arrested Development" star Jeffrey Tambor. In 2002, Mitch co-created the CBS sitcom "The Ellen Show" with Ellen DeGeneres and Carol Leifer, and he wrote and executive produced the show as well. From 2002 to 2003, he worked as a consulting producer on ABC's "Less Than Perfect," and in 2003, he wrote and executive produced the pilot "Hench at Home." That year Hurwitz also created "Arrested Development," and the first season earned seven Primetime Emmy Award nominations, winning five of them. The series aired three seasons on Fox before being cancelled in 2006, then Netflix revived it in 2013; Mitch co-directed every episode of season four. "Time" magazine included "Arrested Development" on its 100 Best TV Shows of All-Time" list in 2007, and Tim Stack of "Entertainment Weekly" called it "the best sitcom on TV." 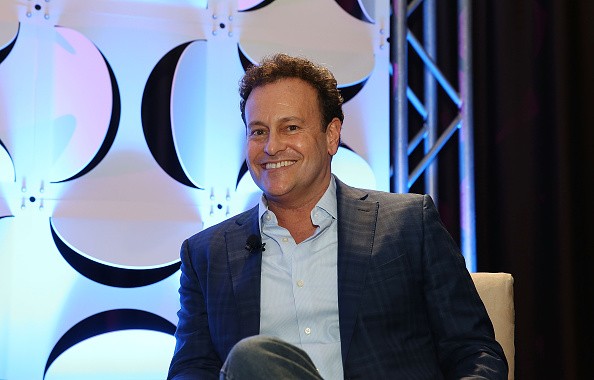 In 2014, Mitch signed a "rare multiyear deal" with Netflix, and the streaming service's chief content officer Ted Sarandos said of the partnership, "We are lucky to be in business with Mitch Hurwitz, a true genius with one of the most distinctive voices in comedy today. Mitch's inventive approach to Arrested Development — one of the top TV comedies of this generation — was ahead of its time, and we're fortunate to have him on our team." As part of his Netflix deal, in 2016, Hurwitz executive produced the Will Arnett series "Flaked," and he co-created the Maria Bamford comedy "Lady Dynamite" with former "South Park" writer Pam Brady. Mitch also wrote and executive produced "Lady Dynamite," which aired 20 episodes over two seasons, and he directed the show's pilot.

Mitch married actress Mary Jo Keenen on May 8, 1999. They have two daughters, May (born in 2000) and Phoebe (born in 2002), and Hurwitz combined the two names to form the name of Alia Shawkat's "Arrested Development" character, Maeby.

In 2009, Hurwitz was honored with the Outstanding Television Writer Award at the Austin Film Festival, and at the 2005 Monte-Carlo TV Festival, he was named Outstanding Producer of the Year – Comedy along with Ron Howard, Brian Grazer, and David Nevins. "Arrested Development" won a Future Classic Award at the 2004 TV Land Awards, and in 2014, Mitch received American Comedy Award nominations for Best Comedy Director – TV and Best Comedy Writing – TV. Hurwitz also earned Online Film & Television Association Award nominations for Best Writing in a Comedy Series (2003 and 2013) and Best Direction in a Comedy Series (2013), and he received PGA Award nominations for Outstanding Producer of Episodic Television, Comedy in 2005, 2006, 2007, and 2014.

In 1993 Mitch paid a bit under $1.5 million for a home on one of the most-desirable blocks of LA's Pacific Palisades neighborhood. Today this home is worth at least $10 million. Neighboring properties routinely sell for $20+ million. 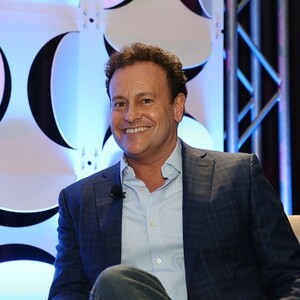