Mitch Glazer net worth: Mitch Glazer is an American movie producer, writer, and actor who has a net worth of $20 million. Mitch Glazer was born in Key Biscayne, Florida in 1953. He wrote the film Mr. Mike's Mondo Video in 1979 and also had a small part in the film. Glazer wrote for an episode of Saturday Night Live in 1981.

In 1988 he wrote the movie Scrooged and had a bit part. In 1990 Glazer was a segment producer for the TV series Totally Hidden Video. He wrote for the films Off and Running in 1991, Three of Hearts in 1993, and Great Expectations in 1998. Glazer was an associate producer for the movie Lost in Translation in 2003. He wrote for the film The Recruit in 2003 and produced the movie Drifting Elegant in 2006. He wrote and directed the film Passion Play in 2010. Glazer created, wrote, and was the showrunner for the TV series Magic City from 2012 to 2013. In 2015 he wrote the films Rock the Kasbah and A Very Murray Christmas. Glazer was nominated for a Primetime Emmy Award for Outstanding Television Movie for A Very Murray Christmas in 2016. Mitch was married to actress and model Wendie Malick from 1982 to 1989 and married actress Kelly Lynch in 1992. 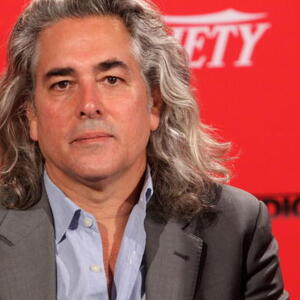