What is Mike Judge's Net Worth and Salary?

Mike Judge is an American actor, animator, screenwriter, film director, comedian, cartoonist and musician who has a net worth of $75 million dollars. Mike Judge achieved renown for creating the animated television series "Beavis and Butt-Head" in the early 90s. Later, he co-created "King of the Hill," "The Goode Family," and "Silicon Valley." Additionally, Judge has directed films including "Office Space," "Idiocracy," and "Extract."

Mike Judge was born in 1962 in Guayaquil, Ecuador as the middle of three siblings. His mother, Margaret, was a librarian, while his father, William, was an archaeologist who was also working for a nonprofit in Ecuador. When Judge was seven, he and his family moved to Albuquerque, New Mexico, where he attended St. Pius X High School. Later, he attended the University of California, San Diego, graduating with a Bachelor of Science in physics in 1985.

After college, Judge had a number of brief jobs in physics and mechanical engineering, but soon grew bored of science. He moved to Silicon Valley in 1987 to join the startup video card company Parallax Graphics, but quit after less than three months to become a bass player for Anson Funderburgh's blues band. In 1989, he purchased a 16mm film camera and began creating his first animated short films at his new home in Richardson, Texas.

In 1992, Judge created "Frog Baseball," a short film that featured the characters of Beavis and Butt-Head, a pair of socially inept, puerile, uneducated, and heavy metal-obsessed adolescent delinquents from Texas. The short eventually led to the creation of MTV's "Beavis and Butt-Head," a crude, frequently controversial animated show that had its original run from 1993 to 1997. The series aired a new season in 2011, and then another one in 2021.

King of the Hill

One of Judge's greatest creative successes came in 1995, when he and former "Simpsons" writer Greg Daniels created the animated series "King of the Hill." Debuting on Fox in 1997, the show focused on a middle-class Methodist family living in a small fictional Texas town. In addition to conceiving the idea, writing the pilot script, and drawing the main characters, Judge voiced the main character of Hank Hill as well as neighbor Jeff Boomhauer. The show was a huge hit with both audiences and critics, running for 13 seasons and becoming one of the longest-running American animated series in television history. 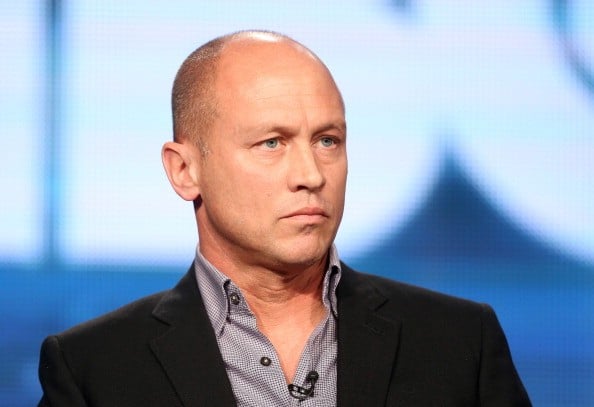 After making guest appearances on shows including "The Simpsons," "Frasier," and "Aqua Teen Hunger Force," Judge co-created his third television series, "The Goode Family," on which he also voiced numerous characters. The show debuted on ABC in 2009, but was canceled after a single season. More successful was Judge's fourth show, "Silicon Valley," which he created with John Altschuler and Dave Krinsky. Premiering in 2014, the HBO comedy focused on the struggles of a programmer, played by Thomas Middleditch, who founds a startup company in the eponymous area of Northern California. The show ran for six seasons and 53 episodes, and earned five consecutive Emmy Award nominations for Outstanding Comedy Series.

In 2017, Judge created the animated documentary series "Mike Judge Presents: Tales from the Tour Bus" with Richard Mullins and Dub Cornett. It was the only animated series ever to air on Cinemax.

Judge made his feature film directorial debut in 1996 with "Beavis and Butt-Head Do America," a big-screen adaptation of his hit MTV series. The film was a significant box office hit, grossing around $63 million on a $12 million budget. Following this, Judge directed the dark satirical comedy "Office Space," based on his old "Milton" cartoon series. His first foray into live-action filmmaking, the 1999 film starred Ron Livingston, Jennifer Aniston, Gary Cole, Stephen Root, and Judge himself in a small part. Despite not faring that well at the box office, "Office Space" became a cult classic with viewers through VHS and DVD.

In 1989, Judge married Francesca Morocco; they had two daughters and a son, and divorced in 2009.

Since 2003, Judge and fellow animator Don Hertzfeldt have run the touring animation festival "The Animation Show." During its first season, the tour visited more than 200 theaters across North America, showcasing everything from old classics to new computer animation.

In 2011, Judge purchased a $4.5 million, 3,700-square-foot villa in Santa Monica, California. It included a master suite with his-and-hers bathrooms, walk-in closets, and a balcony overlooking a pool and hot tub. Outside, a small guest house boasted a fully-equipped gym. Judge also had a 3,696-square-foot ranch in Malibu featuring six bedrooms, a large pool, and a guest house, and currently owns a 7,300-square-foot mansion in Austin, Texas. 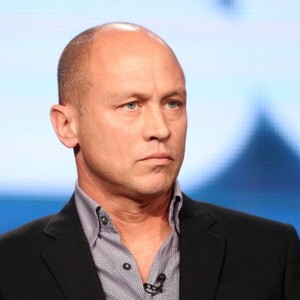