Mike Fleiss net worth and salary: Mike Fleiss is an American television producer and writer who has a net worth of $140 million. Mike Fleiss has earned his net worth by creating and producing many popular television shows including The WB's Superstar U.S.A., High School Reunion, The Will, and The Bachelorette and "Who Wants to Marry a Multi-Millionaire?". Ever year Mike earns $25 million running his reality show empire.

Mike Fleiss was born in Fullerton, California on April 14, 1964. He got his start in the television production world in the 1990s when he produced shows like World's Scariest Police Shootouts and Shocking Behavior Caught on Tape. Capitalizing on the sudden popularity of large scale reality programs, in 2000 he created the controversial show Who Wants to Marry a Multi-Millionaire?. He would later admit that the show nearly killed his entire career and actually forced him to move away from reality programs for a few years. But in 2002 he created what would become his personal goldmine, ABC's The Bachelor. A year later he followed up with The Bachelorette. By 2008, his production company Next Entertainment was generating $100 million per year in revenue. Outside of television he produced the movies The Texas Chainsaw Massacre, in 2003 and Hostel, in 2005.

Personal Life: Mike was married to Daphne Alexandra Vorbeck from 1987 to 2012. He reportedly paid her a divorce settlement worth $40-50 million including real estate. In 2014 he married former Miss America Laura Kaeppeler.  Their wedding was officiated by the host of The Bachelor, Chris Harrison. In July 2019 mike filed for divorce from Laura. Fleiss has been referred to as both the Reality TV King and the Donald Trump of Television. Mike is a second cousin of the famed Hollywood madam Heidi Fleiss.

Real Estate: Mike owns a number of impressive properties around the globe, primarily in California and Hawaii. In 2016 Mike paid $16.2 million to buy Julia Roberts' home in Kauai, Hawaii. Property is technically two lots with more than 200 feet of sand. In January 2021 Mike listed this home for sale for $34.5 million.

In 2016 he bought a one-acre estate in Malibu's Point Dume neighborhood for $13.8 million. In 2018 he listed this home for sale for just under $19 million but eventually pulled the listing. 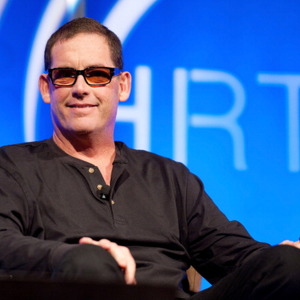