Mick Ebeling net worth: Mick Ebeling is an American executive producer, author, entrepreneur, and philanthropist who has a net worth of $20 million. Mick Ebeling was born in 1970. He is the founder and CEO of the Ebeling Group which is a production company as well as Not Impossible Labs and the Not Impossible Foundation.

He launched the motion design studio FUEL in 1995 which was purchased by Razorfish in 1999. He became the CEO of THEY in 1999 which was a cross platform design company who worked with NASA. He formed The Ebeling Group in 2001. The company has worked on the titles Stranger Than Fiction in 2006, Kite Runner in 2007, Quantum of Solace in 2008, and Yes, Virginia in 2009. They have also produced the Marvel One-Shot series. Ebeling executive produced the documentary Getting Up: The Tempt One Story. His book Not Impossible: The Art and Joy of Doing What Couldn't Be Done was published in 2015. Ebeling has been involved with The EyeWriter which enables people with paralysis to communicate and create art using eye movements. He is also involved with Project Daniel which 3D-prints arms for children who lost limbs in the war. Ebeling was nominated for a Grammy Award in 2009 for Best Short Form Music Video for Jack White and Alicia Keys' music video "Another Way to Die". 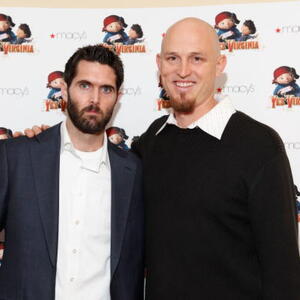