How much is Michael Ohoven Worth?

Michael Ohoven net worth: Michael Ohoven is a German-American film producer who has a net worth of $50 million. Michael Ohoven is the founder and CEO of the film production company Infinity Media. Ohoven has produced, or has been an executive producer on dozens of films including The Woods, Just Friends, Capote and Saved!. Infinity Media has been nominated for five Academy Awards with one win for Capote. Ohoven was born August 30, 1974. His father is a wealthy German investment banker named Mario Ohoven, and his mother is UNESCO Ambassador Ute-Henriette Ohoven. Ohoven's father, Mario, comes from a prestigious German banking family that dates back to the 1800s and he served as a Managing Director of the German investment house Treuhand GmbH until 2005 when he retired to focus on philanthropy. Michael also has one sister named Chiara Ohoven who is a model, actress and philanthropist. Following in his father's footsteps, Michael Ohoven learned financing and institutional investment at Commerzbank, his family's investment bank. While studying economics and business administration at University of Cologne, Ohoven joined the International Corporate Affairs division of RTL Television, which is one of Europe's largest private broadcasters. After two and a half years, Ohoven left the company to form Infinity Media in 2000. Michael is one of the youngest ever Oscar-nominated producers, and in 2006, The Hollywood Reporter named him one of Hollywood's "Most Prolific Producers." Michael is married to a Puerto Rican Beauty Queen named Joyce Giraud who is also an actress/model and one of the newest cast members of The Real Housewives of Beverly Hills. The couple, who were married in 2009, have two children, Leonardo and Valentino. 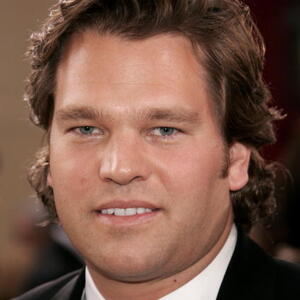