Michael Feinstein net worth and salary: Michael Feinstein is a pianist, music archivist and singer who has a net worth of $70 million. Michael Feinstein has earned his net worth through his many concerts CDs and Albums. Michael Feinstein was born in Columbus, Ohio in 1956 and began learning the piano at the age of five. He never enjoyed reading the sheet music and preferred to play by ear. He began working in local bars as a piano player and then in 1977 started working for Ira Gershwin, cataloguing Gershwin's collection of records. In 1983 Michael consulted in the musical portion of the show "My One and Only" on Broadway. He then became a well-known cabaret singer and in 1986 recorded "Pure Gershwin", his first CD which was a collection of Gershwin tunes. Feinstein continued with many recordings after that, such as "Isn't it Romantic," "Over There," "Forever," "Such Sweet Sorrow" and many more. He has also written the score for the stage in the musicals "The Night they Saved Macy's Parade" and "The Gold Room." In 2000 he was appointed to the National Recording Preservation Board by the Library of Congress. In 2008, he created the Michael Feinstein Great American Songbook Initiative to preserve this musical legacy and educate young people through its programs, exhibitions and many competitions. Winners of the final competitions receive scholarship money and a chance to perform with Feinstein in his New York Cabaret. In January 2018 the foundation was gifted a lavish $30 million, 107-acre estate that was the former home of real estate mogul Mel Simon. The estate will be turned into a museum and library for the Songbook Initiative.

In 2009 Feinstein and Cheyenne Jackson formed a duo and performed a nightclub act called "The Power of Two" which became so popular that they made a studio album from the material. Feinstein has made several public appearances such as the 2007 Miss America Pageant (as a judge); on the children's show "Xuxa," and many other talk shows, television series and several documentaries. He has been married to Terrence Flannery since 2008.

Real Estate: In 1998 Michael purchased a 15,000 square-foot home in the Los Feliz neighborhood of Los Angeles for an undisclosed price. The home served as the west coast Russian consulate from 1935 to 1950. In April 2018 Michael listed the home for sale for $26 million. He did not find a buyer at that price and ultimately pulled the listing from the market only to re-list in August 2019 for $14.95 million, a 42.5% reduction in his original asking price. The home boasts six bedrooms, including a master bedroom that occupies essentially the entire second level of the property. Michael and his husband Terrence were married at the home in 2008. Judge Judy officiated the ceremony. Earlier in 2019, Michael and Terrence sold an 18-room New York City townhouse for $15.22 million. Around the same time they also bought a new home in Pasadena, Ca for $7 million. Despite this impressive real estate portfolio, the couple's primary residence is actually in Carmel, Indiana where Michael has a side job as artistic director for the city's Center for Performing Arts. 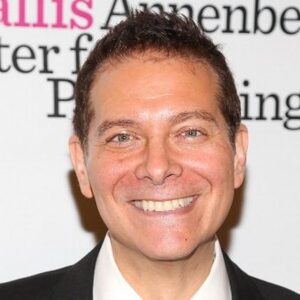