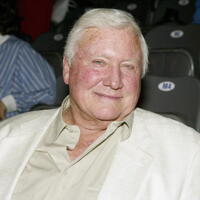 What was Merv Griffin's Net Worth, Salary and Royalties?

Merv Griffin was an American television host, musician, actor, and business tycoon who had a net worth of $1 billion at the time of his death in 2007. Merv Griffin is best known as the host of his own talk show, The Merv Griffin Show, as well as the creator of internationally-known game shows Jeopardy! and Wheel of Fortune. Using the entertainment fortune Merv invested in a number of real estate assets that eventually turned into an extremely valuable property portfolio of hotels. Griffin was inducted to the Hollywood Walk of Fame in 1974 and was posthumously inducted into the Television Hall of Fame in 2008.

Mervyn Edward Griffin Jr. was born on July 6, 1925, in San Mateo, California. His father was a stockbroker and his mother was a homemaker. Raised as a Catholic in an Irish-American family, he developed musical skills singing and playing the piano at church as part of the church choir. He graduated from San Mateo High School in 1942 and continued his education at San Mateo Junior College and the University of San Francisco. He did not serve in World War II due to a slight heart murmur, which meant he failed several military physical examinations. Although he was deemed healthy enough to serve in the Korean War, he was above age 26 and therefore exempt from the draft.


Griffin began his career by appearing as a singer on the nationally syndicated radio program San Francisco Sketchbook when he was 19. After Freddy Martin heard him on the radio show, he invited Griffin to tour with his orchestra; Griffin did this for four years. By 1945, he had enough money set aside and started his own record label, Panda Records. Panda Records produced Griffin's own album, Songs by Merv Griffin, which was the first American album ever recorded on magnetic tape. As his music career grew, Griffin was discovered at one of his nightclub performances, with Doris Day arranging for a screen test for him at Warner Bros. Studios. Although he did not get the part he initially auditioned for, it landed him supporting roles in films such as So This Is Love (1953).

Eventually, he switched his attentions to television and was the host of game show Play Your Hunch from 1958 to 1962. Griffin became a substitute host for Jack Paar on The Jack Paar Tonight Show and scored some of the show's highest ratings. As a result, NBC gave him his own daytime talk show, which debuted on the same day Johnny Carson first hosted The Tonight Show on October 1, 1962. From 1965 to 1986, Griffin hosted his own talk show, The Merv Griffin Show, produced by Westinghouse Broadcasting (also known as Group W). During its 21 years on air, the show won 11 Emmy Awards.

In addition to his success as a show host, Griffin also found success as the creator and producer of game shows. He created and produced the popular television game show Jeopardy! in 1964 for NBC, originally titled What's the Question? After Jeopardy! was initially canceled in 1975, Griffin produced its successor, Wheel of Fortune, which premiered in January 1975 and was canceled in 1991. Both shows have since been revived, with syndicated versions remaining on the air today. Other game shows Griffin worked on, either as creative consultant or producer through his production company Merv Griffin Entertainment, include spin-offs of his original shows Wheel 2000 (1997), Jep! (1998), Rock & Roll Jeopardy! (1998), Click! (1997-1999) and Headline Chasers (1985). Additionally, Merv Griffin Entertainment produced the syndicated game show Merv Griffin's Crosswords in 2007, produced in association with Program Partners and the William Morris Agency. It only lasted one season on NBC-owned stations in New York, Los Angeles, Chicago, San Francisco, and Dallas, ending in May 2008. 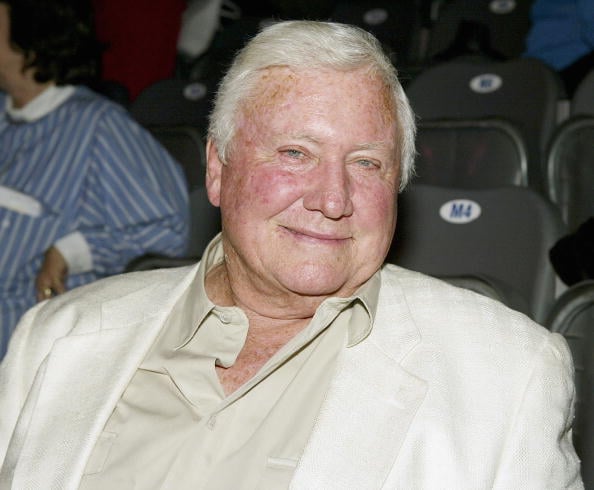 In a 2005 interview with the New York Times, Merv revealed that up to that point alone he had earned $70 to $80 million in royalties from the Jeopardy theme song. To date, the total amount earned (paid to his heirs to this day) is easily north of $100 million. Oh, and by the way, he wrote the music in 30 seconds.

Griffin founded Merv Griffin Enterprises (originally Milbarn Productions, and then Merv Griffin Productions) in 1963, and it was through this production company that he created his many shows. Upon his retirement in 1986, he sold the company to Columbia Pictures Television, which was a unit of The Coca-Cola Company, for $250 million. At the time, it was the largest acquisition of an entertainment company owned by a single individual. However, after the sale, Griffin still retained the title of the creator of Jeopardy! and Wheel of Fortune.

His other business ventures include forays into real estate, with his purchase of the Beverly Hilton Hotel in Beverly Hills, California, in 1987. He continued to acquire real estate, including purchasing the Paradise Island Resort and Casino in the Bahamas from Donald Trump for $400 million, later selling it for just $125 million. Other properties he owned include the Merv Griffin Givenchy Resort & Spa in Palm Springs, California (now The Parker), and St. Clerans Manor, a boutique hotel on an eighteenth-century estate near Craughwell, County Galway, Ireland. Thanks to his buying spree of hotels, Griffin's wealth was said to be around $1.2 billion in 2003. That's the same as around $2 billion today after adjusting for inflation.

He did encounter some business struggles when he sought bankruptcy in December 1989 for Resorts International Inc., the hotel and casino operator he had purchased in 1988. It was the holding company for casinos in Atlantic City and the Bahamas.

Merv Griffin was married to Julann Wright from 1958 to 1976, and the couple had one son together. Griffin was first diagnosed with prostate cancer in 1996, and the disease returned in 2007. He was hospitalized at Cedars Sinai Medical Center in Los Angeles, where he passed away on August 12, 2007, at the age of 82. His estate was sold for $7 million.