Merv Adelson Net Worth: Merv Adelson was an American producer and business executive who had a net worth of $500 thousand dollars at the time of his death in 2015. Merv Adelson was born in Los Angeles, California in October 1929. He is the first cousin of Lenny Adelson and Marvin Adelson.

Merv was a co-founder and is the CEO of Lorimar Television. He produced the 1977 films Twilight's Last Gleaming and The Choirboys. He was the executive producer for the 1978 movie Too Many Chefs and was executive producer for the 2004 TV special short The JammX Kids. Merv married Barbara Walters in 1981 and the couple divorced in 1984. They were remarried in 1986 but got divorced once again in 1992. Before that he was married to Gail Adelson and had two children. Merv once sued Penthouse magazine for libel. He has received many awards for his charitable and humanitarian efforts. Adelson was responsible for many popular television shows including Dallas, Knots Landing, and The Waltons. He was said to have made $300 million in the TV industry and had a private jet and Malibu beach house. Unfortunately Merv lost 99% of his fortune when the AOL Time Warner mega-merger collapsed. Marv's third wife also took him to court for unpaid child support after he went bankrupt in 2013. He also was a founding partner and Chairman of EastWest VentureGroup. Merv Adelson died on September 8, 2015 at the age of 85 from cancer. 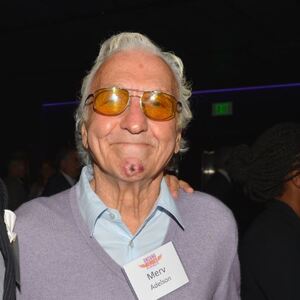