How much is Max Mutchnick Worth?

Max Mutchnick net worth: Max Mutchnick is an American television writer, producer and real estate investor. Max Mutchnick has a net worth of $150 million. He earned his fortune and is best-known for creating/writing/executive producing the shows Boston Common and Will & Grace.

He was born Jason Nidorf Mutchnick in Chicago, Illinois on November 11, 1965. He was raised in Beverly Hills by a single mother. After graduating from Emerson College in 1987, Max returned to the west coast to pursue a career in TV writing. One of his early notable jobs was writing for game shows. He then landed writing jobs on series like Good Advice and The Wonder Years. From 1995 to 1996 he was a co-producer on The Single Guy.

In 1996 Max and writing partner David Kohan co-created Boston Common. In 1998 they co-created Will & Grace. They also wrote and executive produced on the show. Between 1998 and 2006, Will & Grace aired eight seasons and then became highly successful in syndication. This original chunk of Will & Grace earned Max and David hundreds of millions a piece from syndication sales over the last two decades. In 2000 he won a Primetime Emmy Award for Outstanding Comedy Series for Will & Grace. He was also nominated for the same award in 2001, 2002, 2003, 2004, and 2005.

Will & Grace was re-launched on NBC in 2017 and ran three additional seasons through April 2020. Between both runs, Will & Grace produced 246 episodes over 11 seasons.

Real Estate: Max and his husband Erik are extremely prolific real estate developers. In 2008 Max and Erik paid Pete Sampras and Bridgette Wilson $14.5 million for an incredible mansion in Beverly Hills. They sold the home to Adam Levine in 2018 for $34 million.

In 2007 Max sold a stunning Beverly Hills mansion to Ellen DeGeneres for $29 million. In 2011, Ryan Seacrest bought the house for $37 million.

By coincidence in 2003 he sold a Hollywood Hills mansion to Ellen who sold it to Will Ferrell in 2006 for $9 million. 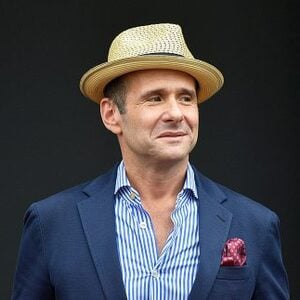