What Is Matthew Weiner's Net Worth?

Matthew Weiner is an American writer, director, and producer who has a net worth of $25 million. Weiner is best known for creating the critically-acclaimed AMC drama "Mad Men" (2007–2015), and he also created the 2018 Amazon Video series "The Romanoffs." Matthew wrote and executive produced both shows and directed nine episodes of "Mad Men" and eight episodes of "The Romanoffs."

In 2017, he published the novel "Heather, the Totality." Thanks to his work on "Mad Men" and "The Sopranos," Matthew has won nine Primetime Emmys and three Golden Globes. In 2011, "Time" magazine included Weiner on its "Most Influential People in the World" list, and he was featured on "The Atlantic's" list of "Brave Thinkers."

Matthew Weiner was born Matthew Hoffman Weiner on June 29, 1965, in Baltimore, Maryland. Matthew grew up in a Jewish household, and his father, Leslie, chaired the University of Southern California's neurology department and worked as a medical researcher. Weiner's mother, Judith, earned a law degree during Matthew's childhood, but she never practiced and instead worked for Washington, D.C.'s Civil Rights Commission. Weiner has a sister named Alison, and he studied at The Park School of Baltimore and L.A.'s Harvard School for Boys. After graduating from high school, Matthew enrolled in Wesleyan University's College of Letters and studied history, literature, and philosophy, then he attended the University of Southern California School of Cinema and Television and earned his MFA.

In a 2015 interview with "Fast Company," Weiner said of the early days of his career, "It was a dark time. Show business looked so impenetrable that I eventually stopped writing." He wrote the 1994 short films "Name of the Game, Sports Tales and Tunes" and "Hanukkah Tales and Tunes," and his first TV-writing job was on the 1996 Fox sitcom "Party Girl." Matthew then wrote for NBC's "The Naked Truth" from 1997 to 1998 and for the CBS series "Becker" from 1999 to 2002. He also worked as a producer and co-producer during his time writing for "Becker," and in 2002, he wrote an episode each of The WB's "Baby Blues" and NBC's "In-Laws." From 2002 to 2003, Weiner worked on Fox's "Andy Richter Controls the Universe" as a writer and supervising producer," and after "The Sopranos" creator David Chase read Matthew's "Mad Men" spec script (which he wrote in 1999), he hired him as a writer in 2004. 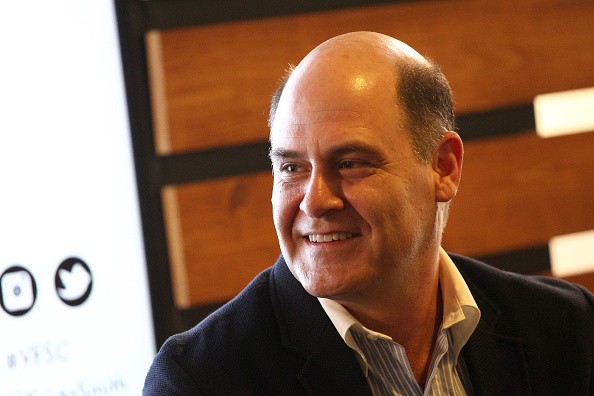 Weiner wrote 12 episodes of "The Sopranos" and played Manny Safier in two episodes. He was a supervising producer during the fifth season and later took on co-executive and executive producing duties. In the fall of 2004, Matthew taught a Feature Rewriting class at the University of Southern California School of Cinema-Television, his alma mater. After "Mad Men" was rejected by Showtime, HBO, and FX, AMC picked it up, and it became the network's first original dramatic series. "Mad Men" premiered in July 2007 and went on to air 92 episodes over seven seasons. The show won more than 140 awards, and "TV Guide" ranked it #21 on its "60 Best TV Series Of All Time" list in 2013. In 2011, Weiner lent his voice to the "The Man in the Blue Flannel Pants" episode of "The Simpsons," and in 2013, his feature film debut, "Are You Here," was released. In 2018, he created the anthology series "The Romanoffs," which reunited him with "Mad Men" star John Slattery, and in 2019, he appeared in three episodes of the Amazon Studios series "Goliath."

Matthew married architect Linda Brettler in January 1991, and they have four sons, Arlo, Charles, Marten, and Ellis. Marten played Glen Bishop in 12 episodes of "Mad Men," and Charles appeared in a 2008 episode. Weiner filed for divorce from Brettler in July 2019. In 2017, Kater Gordon, a former "Mad Men" writer, accused Matthew of sexual harassment, alleging that he once told her at work that she "owed it to him to let him see her naked." Weiner spoke to "Vanity Fair" about the allegation, stating, "I really don't remember saying that. I'm not hedging to say it's not impossible that I said that, but I really don't remember saying it."

Weiner has been nominated for 26 Primetime Emmy Awards, winning Outstanding Drama Series for "The Sopranos" (2004 and 2007) and "Mad Men" (2008, 2009, 2010, and 2011) and Outstanding Writing for a Drama Series for "Mad Men" (2008, 2009, and 2010). "Mad Men" has earned him numerous awards, including three Golden Globes for Best Television Series – Drama, ​two BAFTA Awards for Best International Show, a Founders Award from the International Emmy Awards, an International Online Cinema Award for Best Writing for a Drama Series, two Online Film & Television Association Awards for Best Writing in a Drama Series, three PGA Awards for Outstanding Producer of Episodic Television, Drama, and six Writers Guild of America Awards (one for New Series, one for Dramatic Series, one for Episodic Drama, and three for Drama Series). Matthew also won a Writers Guild of America Award for Dramatic Series and two PGA Awards for Outstanding Producer of Episodic Television, Drama for "The Sopranos," and he earned an Edgar Allan Poe Award for TV Episode Teleplay for "The Romanoffs" in 2019. Weiner has also received nominations from the Directors Guild of America, Gold Derby Awards, Monte-Carlo TV Festival, and PEN Center USA West Literary Awards for "Mad Men." 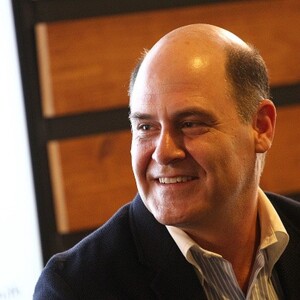