Marta Kauffman Net Worth: Marta Kauffman is an American television writer, producer, and director who has a net worth of $400 million. Kauffman is best known for writing and producing one of TV's all-time biggest comedies, "Friends" (1994–2004), along with writing partner David Crane. Together the duo went on to produce "Veronica's Closet" (1997–2000), starring Kirstie Alley, and "Jesse" (1998–2000), starring Christina Applegate. Marta and David also created the HBO series "Dream On" (1990–1996), and Kauffman created the Netflix series "Grace and Frankie" (2015–present). In 2021, she produced the long-awaited "Friends" reunion on HBO Max, and she has directed episodes of "Grace and Frankie" and the 2012 TV series "Georgia."

Early Life: Marta Kauffman was born Marta Fran Kauffman on September 21, 1956, in Philadelphia, Pennsylvania. She grew up in a Jewish household with mother Dorothy and father Herman. Marta attended Marple Newtown High School, where she acted in plays and directed a 1974 production of "Our Town." After graduation, she enrolled at Brandeis University, earning a Bachelor of Arts degree in theater in 1978. As a college student, Kauffman was a member of the Sigma Delta Tau sorority.

Career: Marta earned her first writing credit on the CBS sitcom "Everything's Relative" in 1987, and in 1990, she co-created "Dream On," which aired 120 episodes over six seasons. She wrote for the CBS series "Sunday Dinner" in 1991, and Kauffman and Crane co-created NBC's "The Powers That Be," which ran from 1992 to 1993. The two also co-created the 1993 sitcom "Family Album," and in 1994, Marta served as a writer and associate producer on the television film "Couples." "Friends" premiered on NBC in September 1994, and it went on to become one of the most successful sitcoms of all time, airing 236 episodes over 10 seasons and coming in at #21 on "TV Guide's" list of the "50 Greatest TV Shows of All Time." The 2004 series finale was watched by more than 52 million people and was the decade's most-watched TV episode. More than 15 years after the series ended, the show's stars, Jennifer Aniston, Courteney Cox, Lisa Kudrow, Matt LeBlanc, Matthew Perry, and David Schwimmer, reunited for "Friends: The Reunion" (also known as "The One Where They Get Back Together"), which aired on HBO Max in May 2021. The reunion special was originally set to be released on May 27, 2020, during the launch of HBO Max, but filming was delayed twice due to the COVID-19 pandemic. "Friends: The Reunion" finally began filming in April 2021 with James Corden as the host. 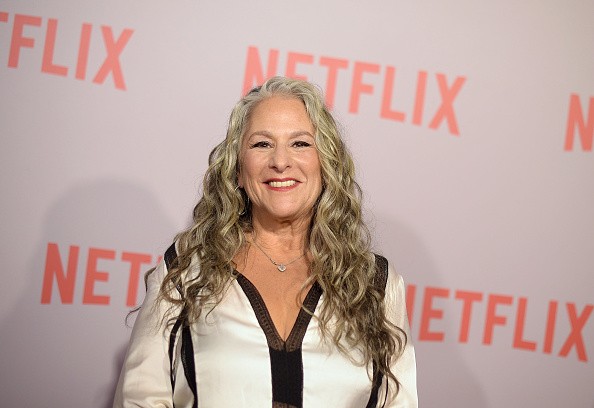 Kauffman and Crane co-created the NBC sitcom "Veronica's Closet," and Marta wrote for the show as well. She executive produced "Veronica's Closet" and "Jesse," and she wrote and produced "Related," which aired on The WB from 2005 to 2006. Kauffman executive produced the 2007 TV Special "Gifted," the 2008 documentary "Blessed Is the Match: The Life and Death of Hannah Senesh," the 2011 television movie "Five," and the documentary series "Independent Lenses," which aired from 2010 to 2015. In 2012, she served as a producer on the documentary "Hava Nagila: The Movie" and wrote and directed three episodes of "Georgia." Marta executive produced the 2014 documentary "Mimi and Dona," and in 2015, she co-created the Jane Fonda-Lily Tomlin Netflix series "Grace and Frankie" with Howard J. Morris. She has directed six episodes of the show in addition to producing and writing for the series. In 2016, it was announced that Marta has signed on to develop a miniseries adaptation of the Karen Joy Fowler novel "We Are All Completely Beside Ourselves" for HBO, and she produced the documentary "Seeing Allred" in 2018. Kauffman has a production company, Okay Goodnight, with Hannah KS Canter and Robbie Rowe Tollin, and in 2020, the company signed a multi-year first-look agreement with Fox 21 Television Studios, beginning with an adaptation of the Karen Thompson Walker novel "The Dreamers."

Personal Life: In November 1984, Marta married Michael Skloff, who would later compose the "Friends" theme song. Kauffman and Skloff welcomed daughters Hannah and Rose and son Sam, before divorcing in 2015. Marta is a Democrat, and in 2013, she hosted a Democratic National Committee fundraiser at her home that featured a reception and photo line with President Barack Obama.

Awards and Nominations: Kauffman has earned seven Primetime Emmy nominations, six for Outstanding Comedy Series for "Friends" (winning in 2002) and one for Outstanding Individual Achievement in Writing in a Comedy Series for "Dream On." She has been nominated for five CableACE Awards for "Dream On," taking home the prize for Comedy Series in 1992 and Writing a Comedy Series in 1993. "Friends" earned Marta an Online Film & Television Association Award for Best Writing in a Comedy Series in 2002 and a TV Quick Award for Best Comedy Show in 2004 as well as Gold Derby Award nominations for Episode of the Year (2004) and Comedy Episode of the Decade (2010) for the series finale, "The Last One." She received a Lifetime Achievement Award in Television at the 2020 PGA Awards, and the Women's Image Network Awards named "Five" Outstanding Show Produced by a Woman in 2012.

Real Estate: In 1997, Kauffman and Skloff paid nearly $1.47 million for a home in the Hancock Park area of Los Angeles. In 2016, they sold the home, which measures almost 8,500 square feet, to interior designer/television personality Nate Berkus for approximately $8 million. Marta and Michael previously owned a Malibu home, which they sold to "Grey's Anatomy" star Ellen Pompeo in 2014 for $6.37 million. 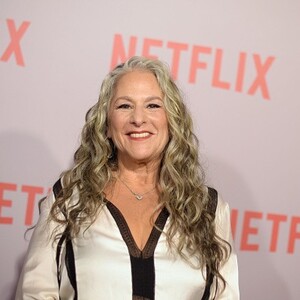